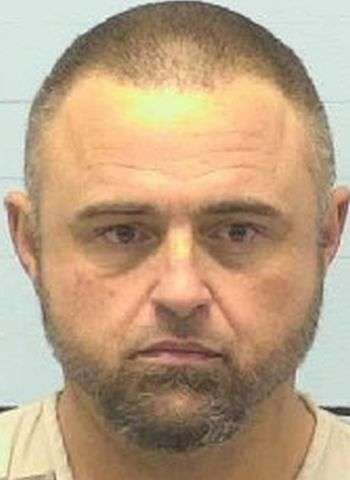 41-year-old Christopher Lee Stamper of the Wilkes County community of Moravian Falls was arrested Monday (October 25) by Morganton Public Safety Officers. He’s charged with felony possession with intent to manufacture, sell, or deliver methamphetamine, along with misdemeanor counts of possession of drug paraphernalia, driving while impaired, driving during revocation, and give, lend, or borrow a registration plate.

Monday, at approximately 12:30 a.m., Public Safety Officers conducted a vehicle stop on a Black Ford Expedition for displaying a fictitious registration plate and several moving violations. The driver of the vehicle was identified as Christopher Lee Stamper. Stamper’s license was suspended and he was showing signs of impairment.

A search of the vehicle reportedly resulted in the discovery of numerous baggies of methamphetamine totaling 12.3 grams of the substance. Officers also found a glass smoking pipe and another homemade smoking device. Stamper was placed in jail in Morganton under $3,000 secured bond. He remained in jail as of earlier today (October 27) His next District Court appearance is scheduled for November 15.