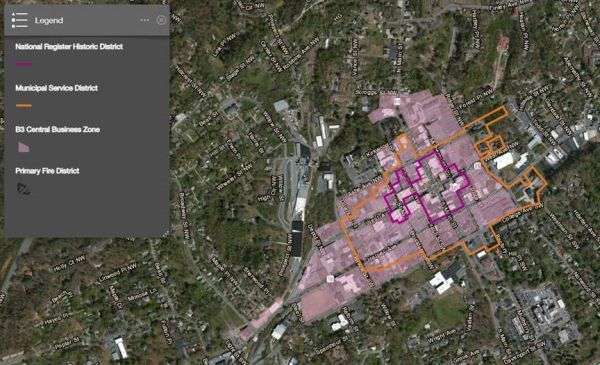 Photo courtesy of City of Lenoir

Lenoir City staff will soon start developing a new Master Plan for Downtown Lenoir. The Downtown Master Plan will establish a cohesive vision for the downtown section of the city and guide future development in the heart of the city.

The Downtown Master Plan will be a document that establishes goals for redevelopment and improvements in Downtown Lenoir during the next 10 years. The Plan will also include recommendations for improvements to The Campus at the Historic Lenoir High School (LHS). The Campus includes the LHS Auditorium, Gymnasium, Band Building, Trades/Masonry Building, and Mack Cook Stadium. The Plan will likely recommend changes and additions to public infrastructure in Downtown such as sidewalks, common areas, lighting, and street patterns.

The City has selected DLR Group to create the Plan. DLR Group is a nationally renowned design firm with more than 40 designers, architects, and planners based in Charlotte. DLR Group has been a member and a leader in the League of Historic American Theatres for 20-plus years; the firm has a heart for historic preservation and community growth through the arts. The group is currently working on performing arts and planning projects in Morganton, Salisbury, Charlotte, and Durham. Their team includes McGill Associates, who have successfully completed many projects – both plans and implementation – for the City of Lenoir.

Creating the Downtown Master Plan could take up to a year. DLR Group will organize many visioning sessions with a diverse cross-section of community and business leaders, elected officials, and staff members to get input for the plan. The group will conduct interviews, hold community workshops, and review existing public infrastructure, downtown properties, and businesses. They will review all of the City’s current plans that are connected to Downtown Lenoir such as the City’s Bicycle Plan and Pedestrian Plan, and they will conduct many public engagement surveys and meetings to get input from Lenoir’s residents. DLR Group will also evaluate current land use and development regulations in Downtown and existing public spaces and amenities. 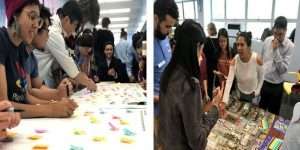 To ensure that the plan represents the interests of the City, residents, business and property owners, and local leaders, City staff will assemble an advisory committee. The Advisory Committee will include elected officials, city board members and staff, property and business owners, and the general public. The Advisory Committee will meet regularly with DLR Group to review and help guide the planning process.

Once complete, the Downtown Master Plan will lay out a vision for Downtown Lenoir. The Plan will focus on creating and enhancing connections between existing public spaces, Downtown, and The Campus. City Council voted to approve the contract with DLR Group to create the plan during the regular Council meeting held on Tuesday, Oct. 18. 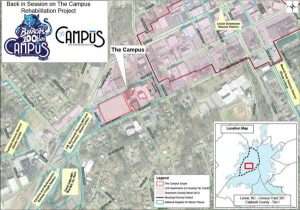 Councilman Ralph Prestwood has been involved in Downtown Lenoir since the early 1980s. He has owned and renovated five different buildings in Downtown, and he was part of the group that brought that Main Street program to the City in 1984. Councilman Prestwood also helped start the LHS Foundation, which raised $300,000 to renovate the LHS Auditorium in the late 1980s.