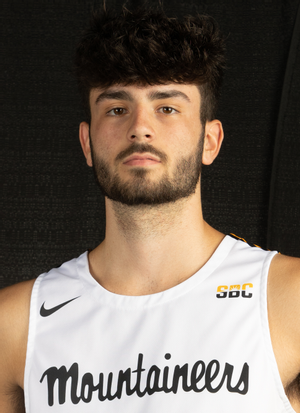 App State men’s basketball dropped to 2-1 on the road in a 72-61 finish against Charlotte.

The Mountaineers opened the game with an incredible first half that included a 25-0 run and a 7-7 start from Christopher Mantis, who started for the first time and scored a career-high 25 points by going 10-15 from the floor with five three-pointers.

Mantis had four rebounds, two assists, a block and a steal in 35 minutes of play, the most he has ever recorded. His 25 points were the most by any App State player this season.

The Mountaineers were up 30-7 in the first eight minutes of play before the 49ers began climbing back, leading to a halftime score of 42-31. The lead went back and forth throughout the second half as Charlotte pulled away in the closing moments.

Justin Abson, who also started for the first time, had his fifth game with at least three blocks, continuing his streak of at least one block in every game of his career. His total of 25 this season ranks fifth in the country, first in the Sun Belt and first among freshmen.

The Mountaineers will return to action this Tuesday at home when they host Carlow at 6:30 p.m.