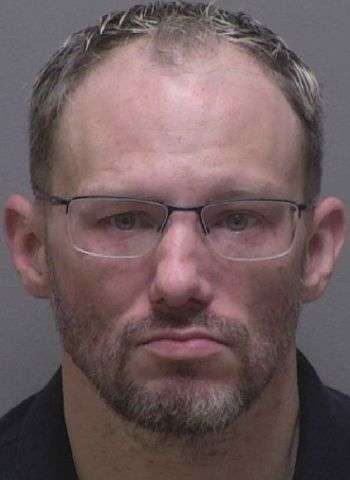 35-year-old Steven Earl Abernethy of Timber Ridge Trail in Denver, N.C., was arrested Friday (July 16) on charges filed by multiple area law enforcement agencies. In Lincoln County, Abernethy is charged with felony counts of trafficking methamphetamine by possession and manufacturing, possession with the intent to deliver and sell meth, and maintaining a dwelling place for a controlled substance, along with a misdemeanor count of possession of drug paraphernalia. He also faces felony meth trafficking charges in Catawba and Iredell Counties.

On Friday, members of the Lincoln, Catawba, and Iredell County Sheriff’s Offices Narcotics Units, the State Bureau of Investigation and the North Carolina Department of Probation and Parole arrested Abernethy on multiple counts related to the distribution of crystal methamphetamine in the Western District of North Carolina.

Abernethy was identified in June 2021 as an individual distributing large amounts of crystal methamphetamine in Lincoln, Catawba and Iredell Counties. In a joint operation, the narcotics officers reportedly purchased approximately 1,000 grams directly from Abernethy who was allegedly obtaining the narcotics from out of state.

During a search of the suspect’s Timber Ridge Trail, Denver, residence, officers reportedly seized eight ounces of meth and drug paraphernalia. The street value of the crystal meth seized in Iredell, Catawba and Lincoln Counties totaled $128,100.

During the investigation, Iredell County Sheriff’s Office Narcotics Investigators were able to identified George Allen Bailer Jr., also from Denver, North Carolina, and Amanda Louise Collins from Newton, North Carolina as associates of Steven Abernethy. They assisted him in the distribution of the Crystal Methamphetamine in Iredell, Catawba and Lincoln counties.

Abernathy was being held in the Iredell County Detention Center under $750,000 secured bond as of earlier today (July 20). He was scheduled to appear in District Court in Lincoln County today. District Court dates in Catawba and Iredell Counties are scheduled for Wednesday (July 21) and August 9 respectively. Bailer was in custody in Georgia and Collins was being held in Guilford County.