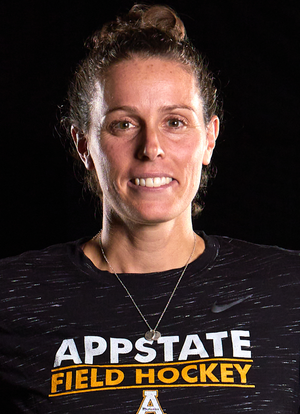 “I want to thank Meg for her hard work with our field hockey program over the last eight years,” Gillin said. “When she arrived, we were without a conference, and she has helped us raise our program to a level of national prominence and compete for a conference championship. We wish Meg and her family all the best moving forward.”

This fall, Dawson led the Mountaineers to a school record-tying 14 wins to earn Mid-American Conference Coach of the Year honors. App State advanced to the MAC tournament championship game for the first time after achieving a 14-6 overall record and 5-2 league mark. The 14 wins matched the program’s previous high-water mark from 1978. The squad won 10 straight contests leading into the MAC final, and they came within one goal of defeating No. 16 Duke and No. 15 Wake Forest on the road.

“I am so thankful for my time here at Appalachian State University and especially with our field hockey program,” Dawson said. “I have had the most amazing experience with incredible student-athletes coming through our program that have turned into alumni. The alumni base has been very supportive of our field hockey program. I cannot thank Doug Gillin enough for giving me this opportunity eight seasons ago. And thank you, App State Family.”

Dawson compiled a 59-85 record over her eight seasons, improving the program to a 39-32 mark over the second half of her tenure.

Over the course of her tenure, App State players earned 16 All-MAC honors. A Mountaineer was named MAC Offensive Player of the Year each of the last two seasons – Meghan Smart in 2021 and Friederike Stegen in 2022.

In 2021, Dawson led App State to its first ranked win in program history with a shutout victory against No. 24 James Madison.

After back-to-back trips to the MAC Tournament semifinals in 2017 and 2018, Dawson led the Mountaineers to the program’s first winning season since 2003 with an 11-9 record in 2019.