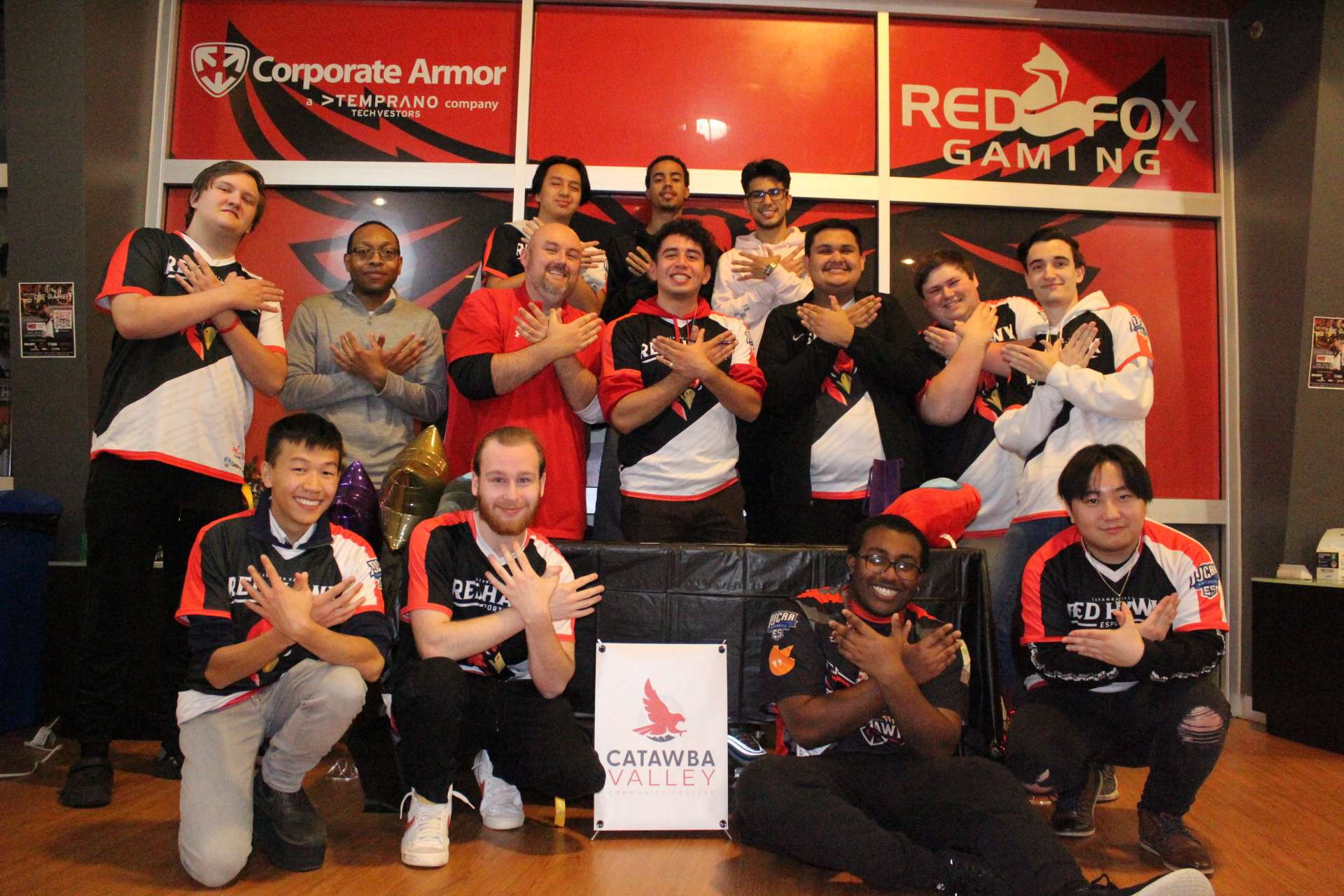 The Catawba Valley Community College Esports team made more history recently with its first four-year signee in Jesus Andrade-Chavez, who will compete at Converse University (S.C.) starting this spring.

Andrade-Chavez recently signed with the Valkyries during a special ceremony held in front of the Red Hawk Esports Arena in the Student Center on CVCC’s main campus.

Andrade-Chavez has been the in-game leader (IGL) for the Red Hawks’ main VALORANT roster for the past three seasons, leading the VALORANT program to a 22-6 record during that time, including two playoff appearances and a national runner-up finish this fall.

“All good things must come to an end, but I appreciate the time and effort and the home that Catawba Valley Community College has given me,” Andrade-Chavez said. “I am excited to play to play at the next level at Converse University.”

When he joined the Red Hawk Esports program, Andrade-Chavez was a Gold 3 player — the third-lowest rank in VALORANT — but he quickly worked his way up to the rank of Ascendant 3, which is the top two percent of the game.

“Since he walked through our doors, Jesus has been the blueprint for the type of students we want in our program,” said CVCC Esports head coach Cody Dalton. “His hard work ethic and dedication to being the best he can in the classroom, as a teammate and to his craft are second to none. We look forward to seeing him achieve even greater heights at Converse.”

“We are excited and thrilled to bring in someone like Jesus who puts in the work and matches the qualities that Converse represents for Esports,” Harry said.

Andrade-Chavez joins a Converse University program that is ranked top-five nationally among four-year colleges and universities in the United States.

“For our program to have a player sign with a top-ranked four-year program nationally shows the type of student athletes we are developing here in Red Hawk Nation,” Dalton said. “Jesus has paved the path for future Red Hawks who want to compete in Esports at the four-year level.”