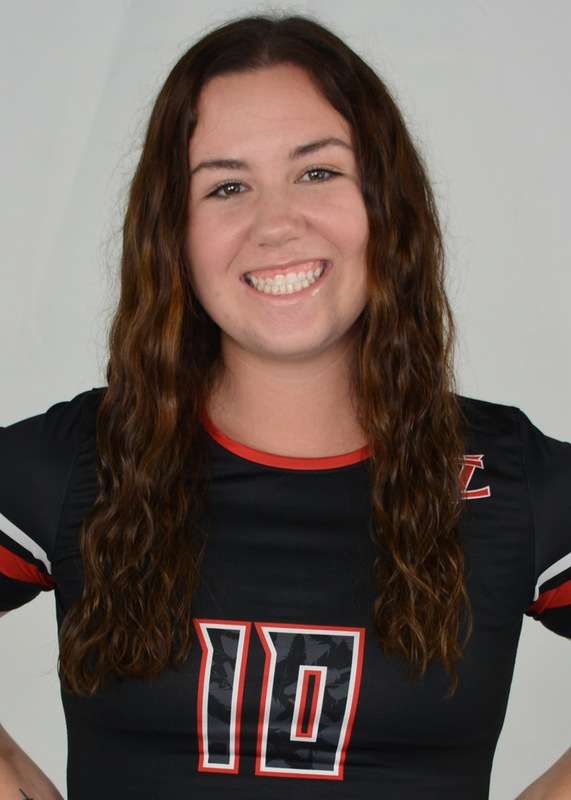 Three members of the Catawba Valley Community College volleyball program have been honored by Region 10 for their play following the 2022 regular season.

“It has been incredible to watch these three compete this season and to be able to witness their dedication to perfecting their craft day after day,” said Catawba Valley volleyball head coach Madison Pogue. “I couldn’t be prouder to be their coach and know that they will continue to make an impact in the future.”

A sophomore libero from Maiden, N.C., Smith was named All-Region West Division first team. She led Catawba Valley in kills (220) and kills per set (3.01). Smith also finished second for the Red Hawks in service aces (25) and third in total digs (192).

Nelson, a sophomore from Murphy, N.C., adds All-Region West division second team honors to her NJCAA Player of the Week honor awarded for the week of Oct. 12-18. She led Catawba Valley in digs (358) and digs per set (4.90). Her 358 digs also ranked ninth among conference players.

A two-sport standout at Catawba Valley, Cunningham finished as the Red Hawk team leader and eight overall in the conference in blocks (70). She also finished tied for third for CVCC in kills with 110.

The Red Hawks finished their 2022 season with 10 wins, including an 8-4 mark in conference play and an appearance in the Region 10 tournament.