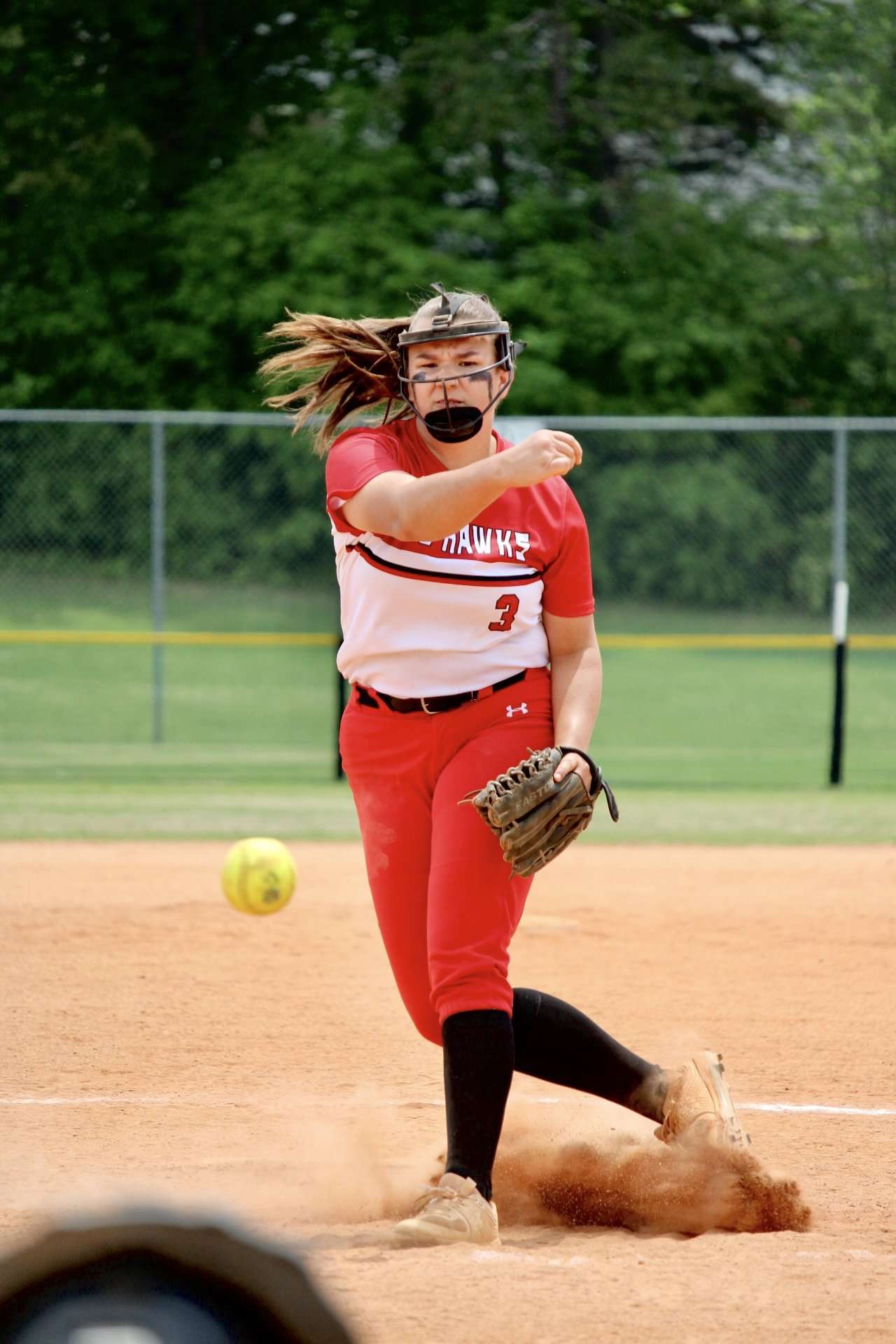 The Red Hawks improve to 37-9 overall and 20-8 in conference play this spring.

In game one, CVCC won 17-0 behind a two-hit shoutout on the mound from Payton Thomas and a trio of home runs at the plate, the Red Hawks took the opening game of the set against the Bobcats via mercy rule.

The Red Hawks erupted for eight runs in the first inning — led by a pair of two-run homers from sophomores Cali Hinnant and Laynie Hudgins.

Catawba Valley went on to score in every inning — four in the second, three in the third and two in the fourth — and combine for 16 hits in the contest. Kiana Mullner’s two-run homer in the fourth inning capped the game’s scoring for CVCC.

Thomas struck out eight batters in five innings, improving to 4-1 overall on the season.

In game two, Cali Hinnant recorded her 400th career strikeout in a one-hit performance, helping the Red Hawks shut out the Bobcats and complete the doubleheader sweep on Sunday 8-0.

Hinnant struck out seven batters in six innings, improving to 18-5 on the season.

Grace Andrews led Catawba Valley on offense, going 3-for-3 at the plate with a double and two runs scored. Jessica Cannon and Hinnant both drove in a team-high two runs, while Alyssa Kropski drove in one.

The Catawba Valley Community College softball team now prepares for the Region 10/South Atlantic District tournament, which takes place May 11 through May 14 in Richmond, Va.

Kayt Houston had six hits, including a two-run, rooftop-striking homer in a Game 1 win,…

App State women's tennis closed the weekend with a 4-0 loss to Troy Sunday. In…