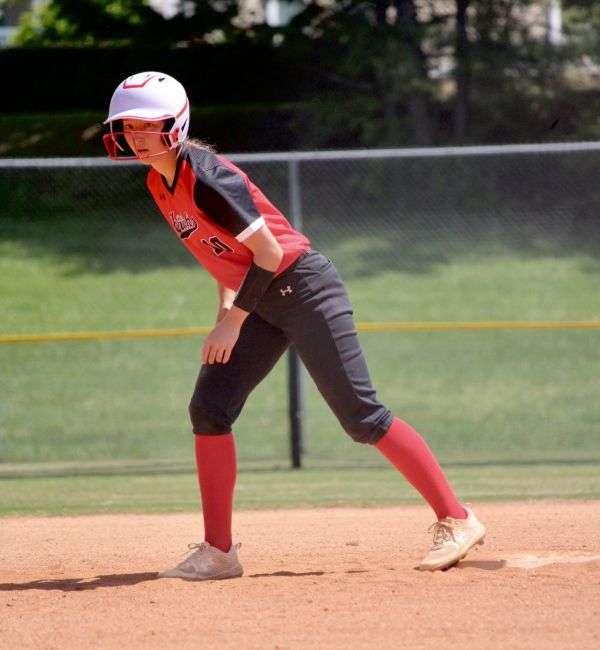 After a doubleheader sweep on Saturday afternoon against Camp, the Catawba Valley Community College softball has now won more games this spring than they did in the previous two seasons combined.

The Red Hawks scored 23 runs on 19 hits in Saturday’s conference doubleheader sweep against the Hurricanes at Sanford Park, winning game one 12-1 and game two 11-2.

Catawba Valley’s record is now 35-9 overall and 18-8 in conference games.

In game one, the Red Hawks scored all 12 of their runs in the first three innings, cruising to the 11-run win in the conference opener on Saturday.

Cal Hinnant led the Red Hawks in game one, going 2-for-3 at the plate with three RBI, while Jessica Cannon added a double and two RBI.

Emma Kuproski, Kiana Mullner and Carson Hudgins added one RBI each in the win for Catawba Valley.

Hinnant earned the win on the mound, improving to 17-5 on the season. She allowed three hits and struck out seven batters in three innings.

Payton Thomas closed out the final two innings on the mound. She struck out four batters in two innings and allowed two hits.

In game two, behind 11 hits at the plate and a strong performance on the mound from starter Jillian Jones, the Red Hawks completed the doubleheader sweep with a second five-inning win against the Hurricanes.

Jones was perfect through 2.2 innings before surrendering a two-out single in the third inning to Brooke Woodworth.

The Hurricanes broke up the shutout in the fifth inning, scoring two runs on an RBI single by Katelynn Goodman.

Jones earned the win in her complete game performance. She allowed six hits, two runs, two walks and struck out four batters. She is now 13-3 on the season.