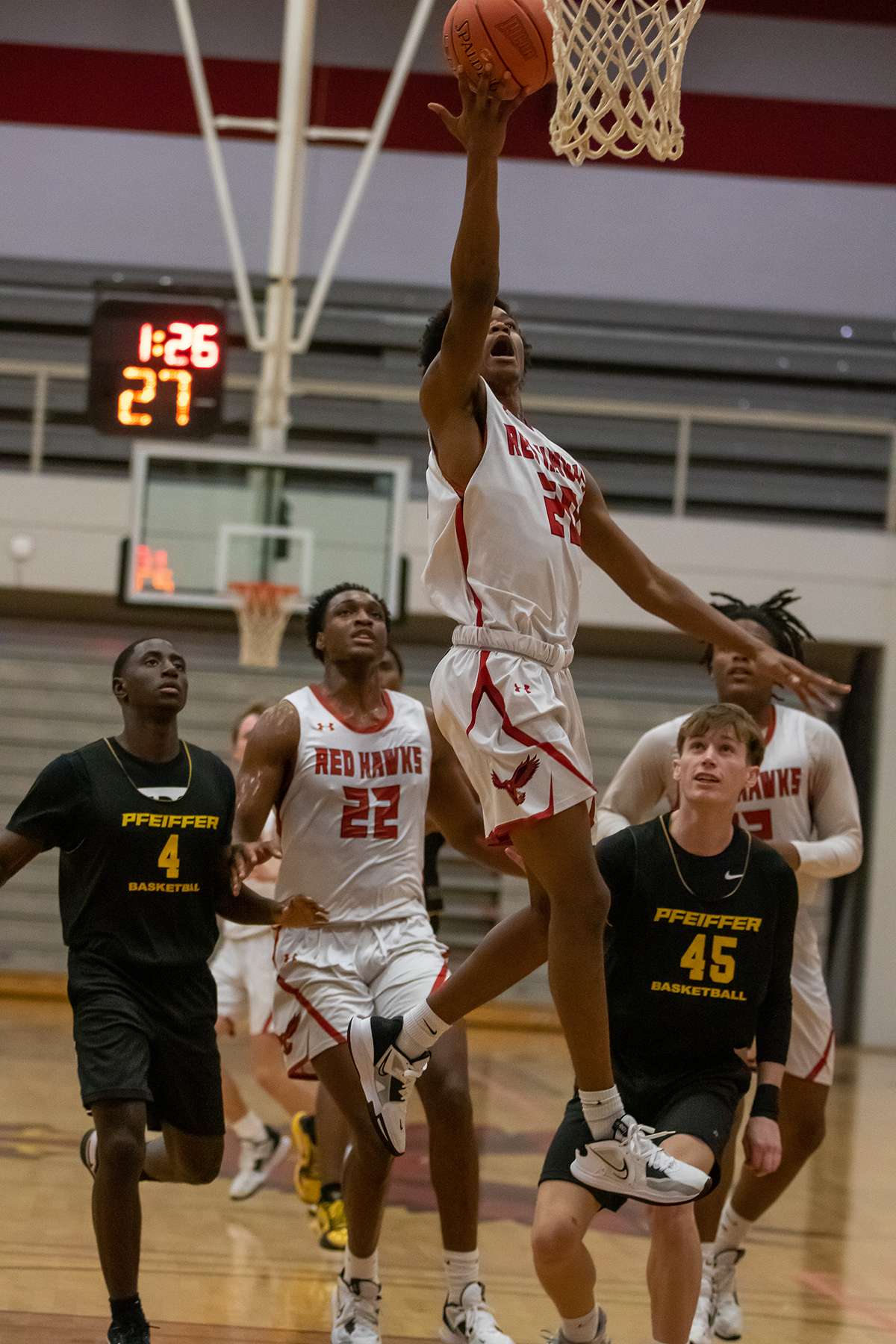 The Catawba Valley Community College men’s basketball team improved to 2-0 on the season on Wednesday, defeating the Pfeiffer JV team 108-72 at the Tarlton Complex.

In two home games so far this season, the Red Hawks (3-1) scored 108 points in each contest. The 216 total points scored in the first two home games are a new program record.

Catawba Valley pulled out to a 48-26 halftime lead against the Falcons paced Thomas’ 12 first-half points.

The Red Hawks extended that advantage in the second half, scoring 60 points during the half to pull away for the non-conference win.

The Catawba Valley Community College men’s basketball team returns to action on Saturday for its Region 10 opener against Johnston Community College. Tip off between the Red Hawks and Jaguars is set for 3 p.m. in Smithfield, N.C.