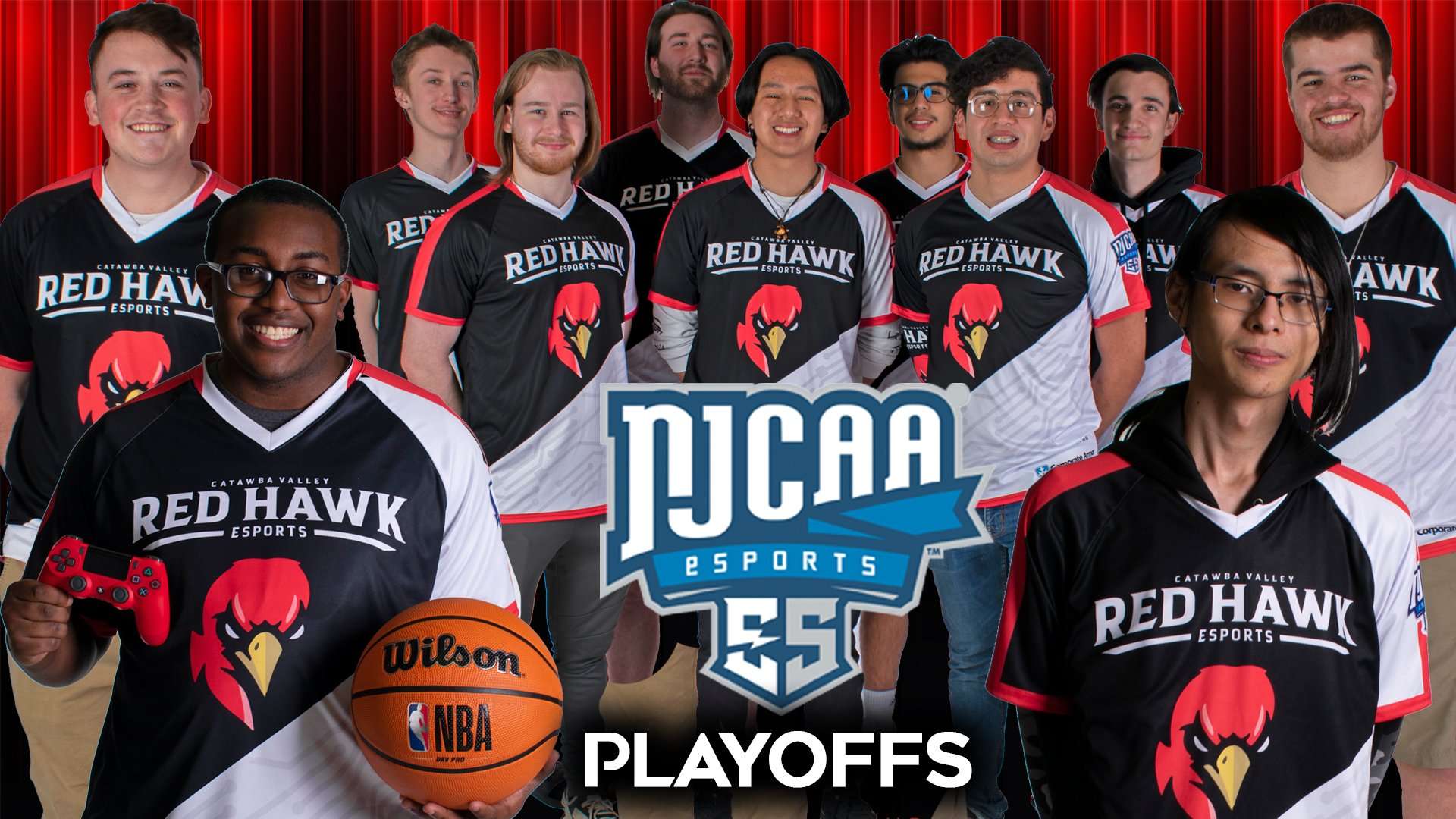 The Red Hawks have a program-record 11 playoff qualifiers entering the postseason, which starts with first-round competition on Monday.

“I am so incredibly proud of the hard work and dedication that our Red Hawk Esports student athletes have put in not only in competition, but most importantly in the classroom,” said Catawba Valley Esports head coach Cody Dalton. “This diligence — combined with our family-like atmosphere — led to our most successful semester to date. I am extremely proud of not only our playoff qualifiers, but of our entire roster roster — the largest in school history — who competed this semester.”

One team game and four individual competitors for the Red Hawks made the cut for the NJCAAE playoffs.

The Red Hawk VALORANT team becomes the first team game in school history to qualify for the NJCAAE postseason.

Catawba Valley finished its VALORANT NJCAAE spring 2022 season with a 6-3 record, earning them the No. 13 seed for the 16-team tournament for that game title. The Red Hawks face No. 4 seed Blinn Community College (Texas) in the first round on Monday at 7 p.m.

In NBA2K22, DeVante Moore qualified for the second-straight semester for the postseason. Moore enters the eight-team playoff as the No. 8 seed and faces the No. 1 seed Dorlondo Kern from Gogebic Community College (Mich.).

Remi Ngo became the first Red Hawk Esports student athlete to qualify for the NJCAAE postseason in Super Smash Bros Ultimate. She will be the No. 64 seed and take on No. 1 seed Thomas Llamas from Madison College (Wisc.). That match up takes place Tuesday at 7 p.m.

Finally, the duo of Alex Simmons and Casey Knighton finished the regular season in Call of Duty: Warzone as the 6th best duo in the nation. They will play a best-of-3 maps on Wednesday, April 27 at 8 p.m. with the winner being crowned national champion.

All postseason matches (with the exception of any finals) will be streamed on the team’s Twitch page — twitch.tv/cvccredhawks.