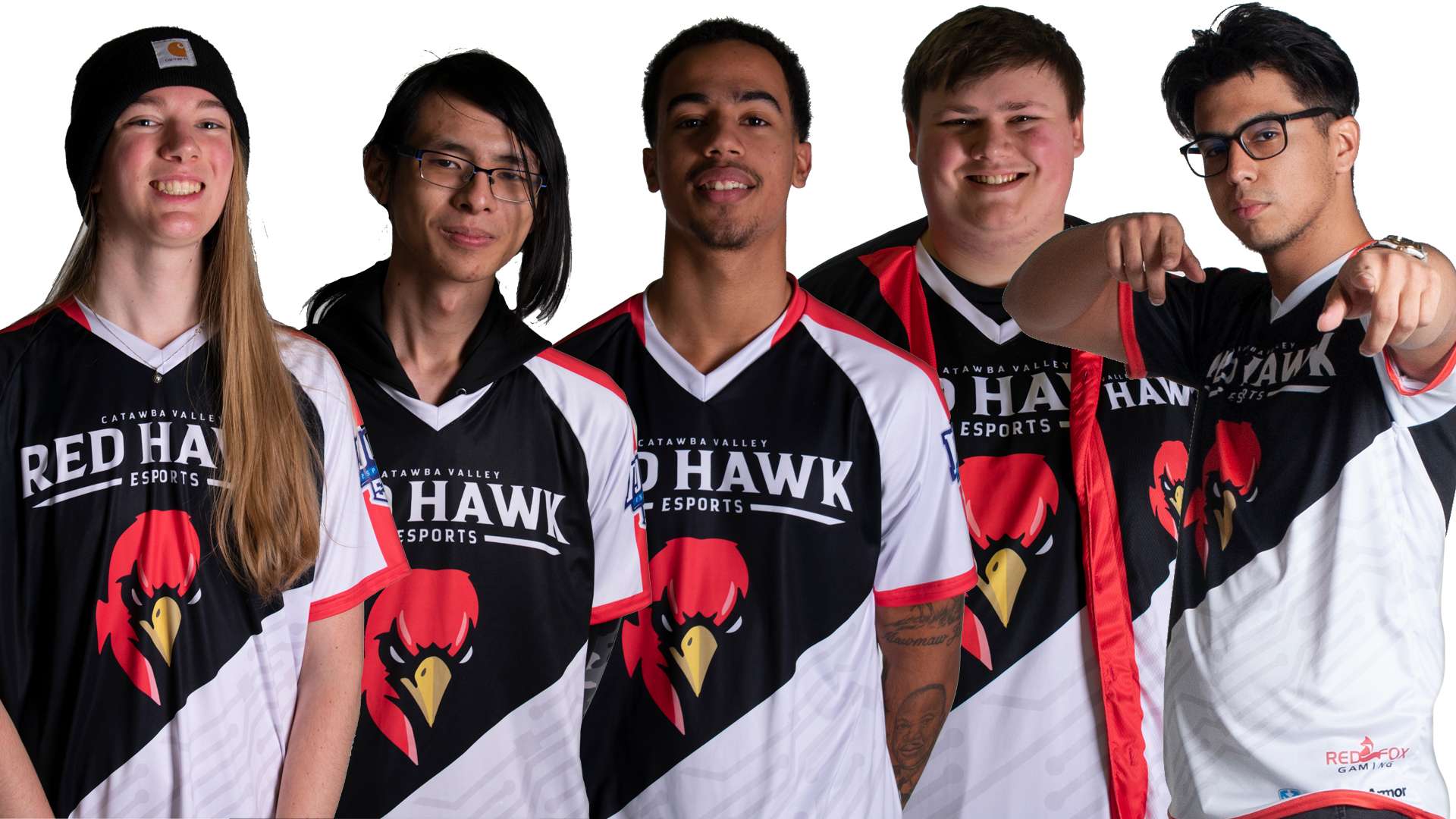 Nick Everhart, Remi Ngo, Donavon Ervin, Bradley Jamison and Hector Santamaria all received NJCAA All-Academic accolades, which go to student athletes who maintain at least a 3.5 GPA for the semester and also compete through NJCAAE.

“We pride ourselves as a junior college esports program in achieving academic excellence,” said Red Hawk Esports head coach Cody Dalton. “I am extremely proud of these five student athletes for setting the bar for our entire team academically.”

Everhart and Jamison, who were team captains this past spring semester, are repeat recipients from the fall 2021 semester. This is also Jamison’s third NJCAAE All-Academic honor.

Both Everhart and Jamison earned the honor after competing this past semester in Super Smash Bros Ultimate through the NJCAAE.

Ngo — the team’s newest captain heading into the fall 2022 semester — also competed in Super Smash Bros Ultimate this past semester, becoming the first Red Hawk to qualify for the NJCAAE playoffs in the game.

Ervin and Santamaria are first-time recipients of this NJCAAE All-Academic honor. Both were members of the Red Hawks’ Call of Duty Vanguard 4v4 team, which was in its first semester of competition this past spring. Santamaria also competed in VALORANT.

“Congratulations to Nick and Brad on achieving this NJCAAE academic honor twice during the 2021-22 school year and to Remi, Donavon and Hector for working hard to add this impressive accolade to their collegiate resume,” Dalton said. “We hope to have even more academic success during the 2022-23 school year here at CVCC.”