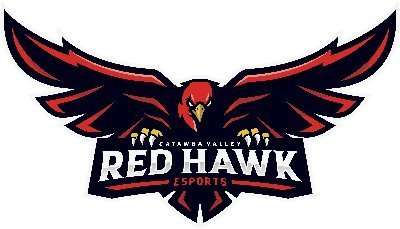 The Catawba Valley Community College Esports team made history this past weekend, competing in the Red Bull Campus Clutch nationwide tournament in the video game VALORANT.

The Red Hawks were the only junior college Esports program that competed in the Deep South Qualifier 1, which featured a field of 34 teams made up of mostly four-year colleges and universities in the southeastern United States.

“I am incredible proud of the resilience and determination shown by our Red Hawk Esports student athletes,” said Catawba Valley Esports head coach Cody Dalton. “For many of our gamers, it was their first-ever collegiate competition, and they did extremely well. We’ve had this tournament on our radar for a long time. Being able to compete in the Red Bull Campus Clutch was a dream for many of us in the program. Thank you to Red Bull Gaming for putting together this amazing event.”

After receiving a first-round bye, the RH Red team won their second-round match against Johnson C. Smith 13-2 before falling in the third round of competition to Kennesaw State (Ga.) Esports.

RH Black — the second team competing for CVCC — also received a first-round bye and fought back from a late 9-12 deficit to stun the University of North Georgia, 14-12. However, RH Black would also fall in the third round of the tournament, coming up short against Converse University (S.C.).

Both of the Red Hawk VALORANT teams return to action this weekend at the Johnston Community College Campus Series LAN event being held in Smithfield, N.C. It marks the first time ever that the Catawba Valley Esports program has traveled to compete in a live tournament.

“We’re excited for the chance to have a new experience on the road this weekend,” Dalton said. “We hope to build on the momentum from our Campus Clutch performance and have a successful showing in Smithfield.”