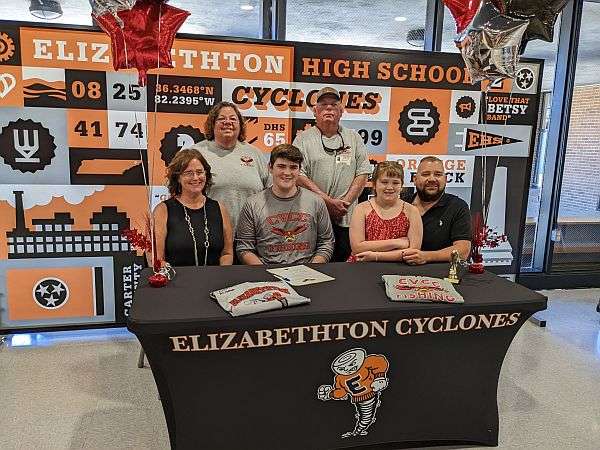 Roberts officially signed with the Red Hawks during a ceremony held this past week at Elizabethton High School (Tenn.).

“I am honored to become a member of the Red Hawk bass fishing team,” Roberts said. “I look forward to fishing, but also earning a degree from a great college. I will do my best to represent the college and fishing team well.”

“Zeb is going to be a great addition to our team,” Mayo said. “He has had a very successful high school career, and we expect to see him continue to excel at the collegiate level.”

The Red Hawks bass fishing team currently ranks 17th in the latest Bass Pro Shops School of the Year standings — the team’s highest-ever ranking nationally. They are also the top junior college on the list.

This year, the Red Hawks have four top-10 finishes in bass fishing tournaments, including a program-best finish of second.

Mayo said her program’s success has helped it gain attention and expand its recruiting efforts.

“The Red Hawk team has worked hard to be one of the top programs in the country and to be able to draw top out-of-state recruits to our school is testament to their hard work and dedication,” Mayo said. “We also could not have reached this point without the tremendous support from our President Dr. Garrett Hinshaw, Athletic Director Nick Schroeder and the entire Red Hawk Nation.”