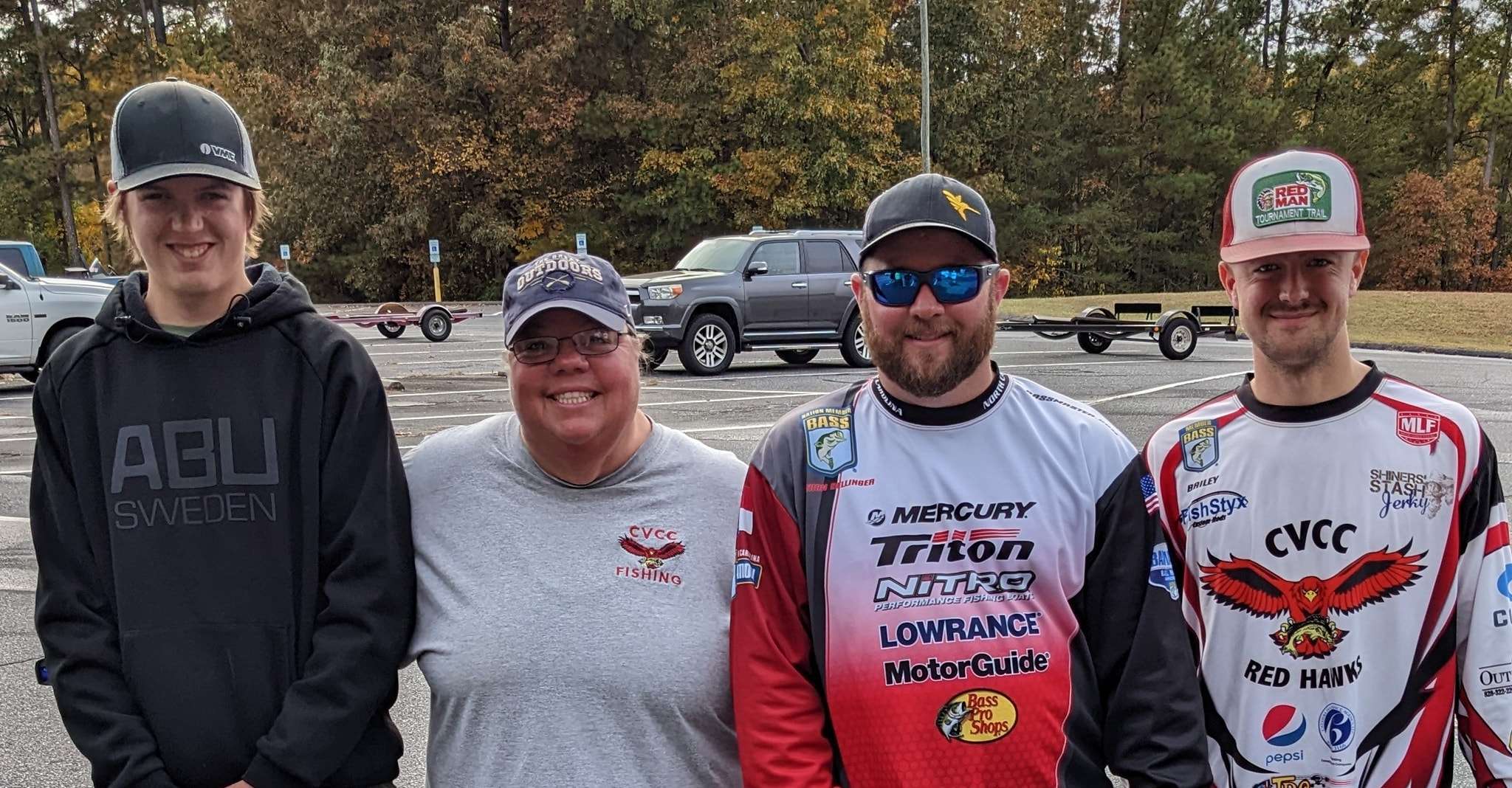 “I am really happy to have five anglers and a coach from this program make the state team,” said CVCC bass fishing head coach Angela Mayo. “It is not an easy thing to do. We are competing against some of the best anglers in the state for the right to represent North Carolina at the next level.”

In order to make the North Carolina state team, co-anglers and boaters have to finish in the top three at one of three tournaments.

Each tournament typically has around 50 boaters and 50 co-anglers competing from all across North Carolina.

The first tournament took place last month on Lake Hickory. Dellinger finished in first place on the boater side during the event, while Bailey placed third.

Martin finished in second place in the co-angler division and also had the big fish at the event.

“Going into this I knew it was going to be tough,” Bailey said. “It was probably the toughest I have ever seen this lake, and I knew I had to do good because it was my home lake. People say fishing tournaments on your home lake is a curse, which I do believe in, but sometimes everything comes together. I’m excited to represent North Carolina at the next level and hopefully this takes me even farther in my career.”

All six Red Hawks will represent the North Carolina state team at the Southeastern Divisional tournament, which takes place in May on Douglas Lake in Tennessee. The tournament’s top boater and co-angler from each state will compete at the BASS Nation National Championship.

The top three finishes at the National Championship will go to the Bassmaster Classic with the winner of that event earning the right to compete in the Elites pro circuit for a year.