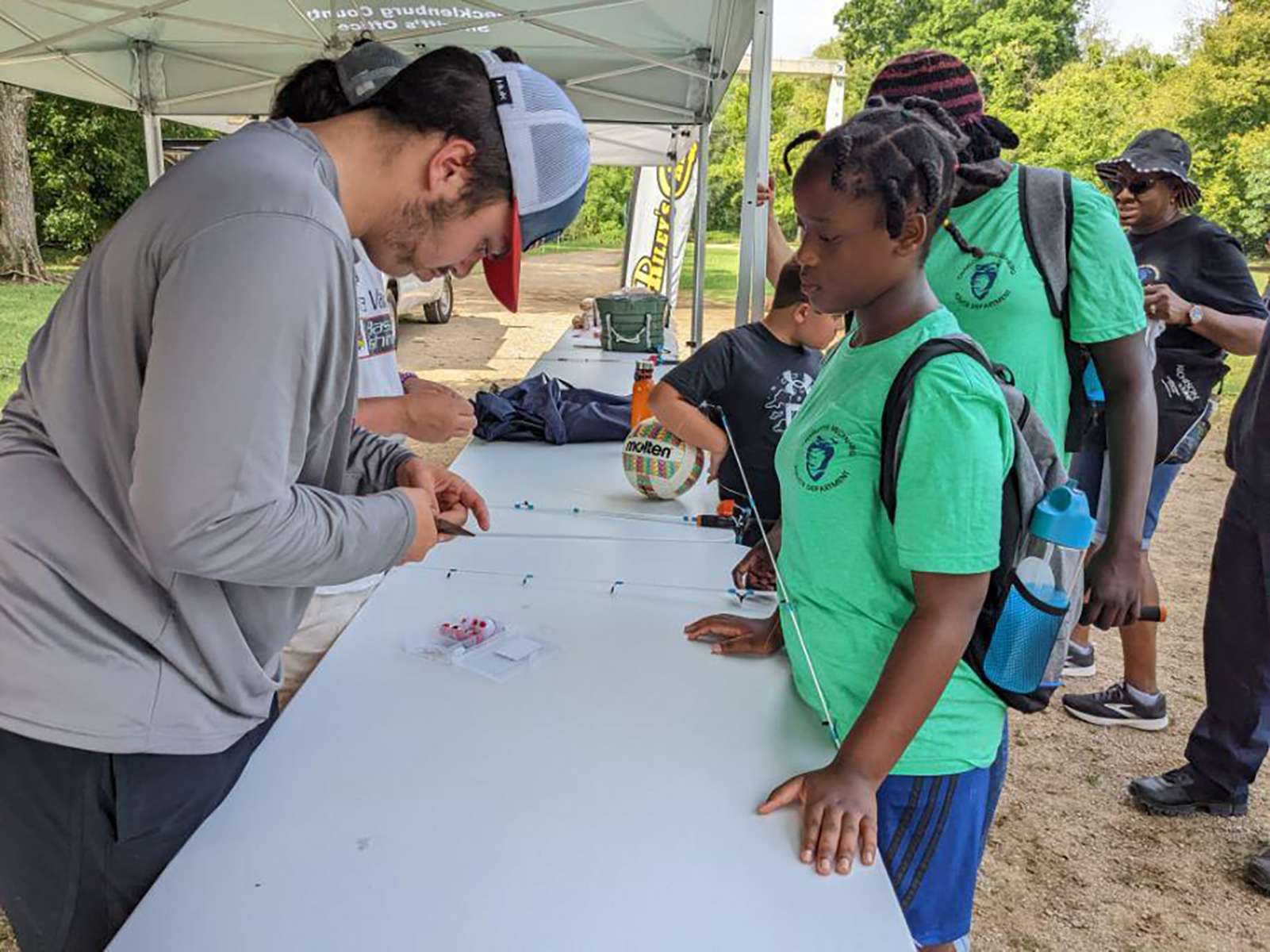 Red Hawk bass fishing head coach Angela Mayo was contacted by Chris Carnes and Rod Goodall with Riley’s Catch to see about their involvement in helping out with the REACH Academy (Respect, Engage, Accountability, Character and Honesty) — a six-week summer program that builds positive relationships between participants and police officers and promotes personal and social responsibility through leadership opportunities, educational seminars and field trips, and career and vocational development classes.

“We jumped at the chance to be involved,” Mayo said. “We had the privilege of working with Riley’s Catch, North Carolina Wildlife Officers, the Mecklenburg County Sheriff’s Office and the Charlotte Mecklenburg Police Department to help students at a small lake in Charlotte. Many of the kids attending the REACH Academy had never caught a fish. It was a great experience to work side by side with all the kids and be able to share our passion with them.”

Partnering with a member of the Mecklenburg County Sheriff’s Department and a Charlotte Mecklenburg Police Department, eleven Red Hawk anglers assisted with 60 youth by serving as counselors for the day.

Catawba Valley anglers taught these youth how to prepare their fishing rod and also catch fish. The groups who caught the most fish or cast the furthest distance were awarded prizes.

“I really enjoyed working with these kids,” said Red Hawk angler Lane Bailey, whose group won multiple contests. “One thing that I hope is that we made an impact on their lives — not only in just fishing, but in their future as well.”

This was not the first time that Catawba Valley Community College had been involved with Riley’s Catch.

Last fall, the Red Hawks assisted with a high school tournament through the organization and held the college tournament after that event.

“The CVCC bass fishing team has been a great partner for Riley’s Catch and Scott Clark Toyota,” said Chris Carnes, executive director of Riley’s Catch. “Last week at our event alongside CMPD, they were a huge part in helping provide access and knowledge to kids in Charlotte that otherwise would not have had the chance to fish. They are a team filled with great character and have a strong leader driving them to be a part of something bigger than themselves. We are excited to partner with them in the future on similar events.”