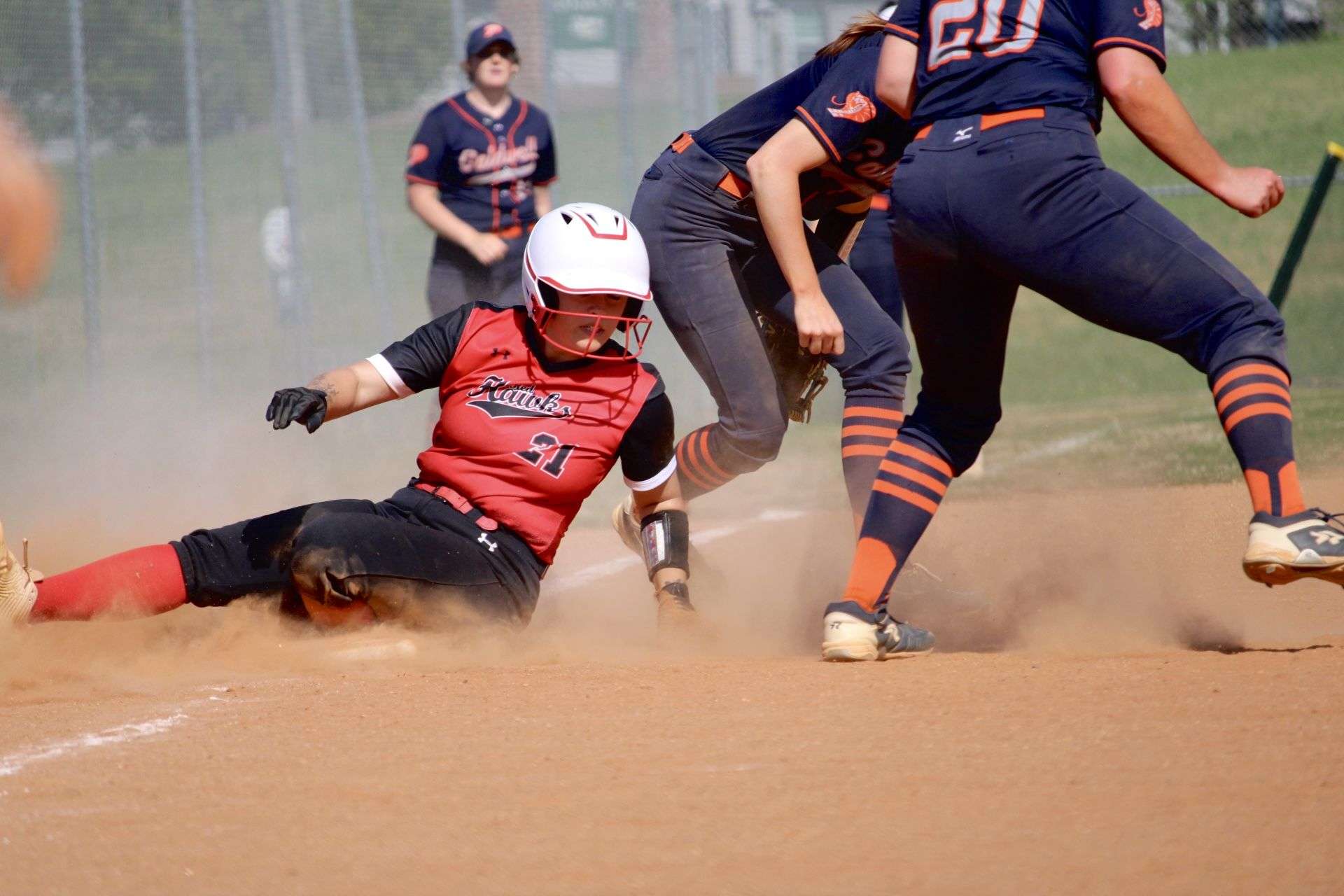 The Catawba Valley Community College softball team split a second conference doubleheader in as many days on Saturday — this time with rival Caldwell at Highland Recreation Center.

In game one, that CVCC won 5-2, behind three RBI from left fielder Lillie Pennington, the Red Hawks won the opening game of the doubleheader on Saturday afternoon against the Cobras.

CVCC took a 2-0 lead through two innings — scoring one run in each of the first two innings, including a first-inning RBI single by Pennington.

Caldwell cut its deficit in half with a solo home run by Kiara Dewey in the fourth inning, but Catawba Valley roared back with three runs in the bottom of the fifth inning, including a two-run single by Pennington and an RBI double by Cora Olivares.

Kaylee Redwine’s RBI single in the sixth inning pushed the Cobras to within three runs of the lead, but they could get no further.

In game two that Caldwell won 7-1, the Cobras scored at least one run in the first four innings against the Red Hawks, taking game two of the doubleheader and earning a split.

Brianna Lewis went 3-for-3 at the plate with three RBI for Caldwell, while Kiara Dewey went 2-for-3 and recorded her second-straight home run.

The Cobras scored three runs in the first inning, one each in the second and third innings and two in the fourth inning to pull ahead 7-0.

Kuproski’s solo home run in the sixth inning broke up the shutout bid and put the Red Hawks on the scoreboard, but CVCC was unable to score again.

Phillip Cole blasted a three-run home run, as part of a six-run sixth inning, as…