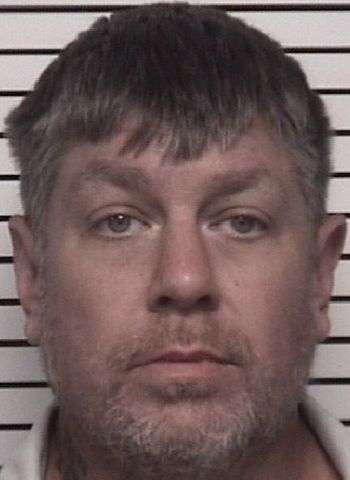 42-year-old David Wesley Shafer of West Avenue in Troutman was arrested Tuesday (October 11) by Troutman Police Officers. He’s charged with felony possession of a firearm by a felon and misdemeanor assault on a female.

On Tuesday, officers with the Troutman Police Department responded to a domestic violence incident on West Avenue. During the investigation, David Wesley Shafer, was found to be in possession of an AR-15 rifle with a drum magazine containing 50 rounds of ammunition. Shafer is a convicted felon and has previously been convicted of possession of a firearm by a convicted felon.

According to the North Carolina Department of Public Safety, Shafer has been convicted of multiple crimes in Iredell County dating back to 2018. The charges he was convicted of include felony counts of identity fraud or theft and possession of a firearm by a felon and misdemeanor possession of drug paraphernalia.

Following Tuesday’s arrest, Shafer was placed in the Iredell County Detention Center. He remained in jail as of earlier today under $50,000 secured bond. District Court dates are scheduled for November 2 and November 3.