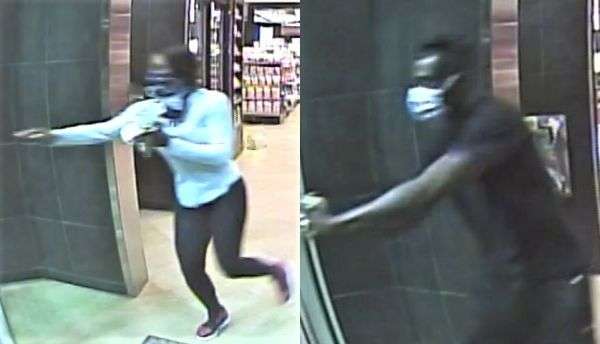 Lincoln County Sheriff’s detectives are investigating a “Snatch and Grab” robbery at the QuikTrip Convenience Store at 7259 N.C. 73 Highway in Denver. Deputies were dispatched to the business at approximately 2:00 a.m. Sunday (July 17) after the clerk on duty called 911. He told Detective D. Hendrix that he was working in an area of the store away from where the cash registers are located when the incident occurred.

The suspects arrived at the store about 30 minutes before the theft and moved to various parking spaces around the store while waiting for the store to be empty of customers.
The man and woman came into the store, walked to the cash register stand, stepped over the access door and went to the cash registers. They were able to open both cash registers in operation, remove all the paper money and calmly walk out of the store. They left in what appears to be a gray or silver four-door Infiniti with the woman driving.

The woman was wearing a white long-sleeved hoodie, black spandex pants, pink and black tennis shoes and a blue bandana covering the lower part of her face. She was approximately 5’5″ with long black hair pulled in a braid. The man was wearing all black with a surgical type mask covering the lower portion of his face. He appeared to be just over six feet tall with a distinctive haircut. The sides and back were shaved to the skin and he had dreadlocks.