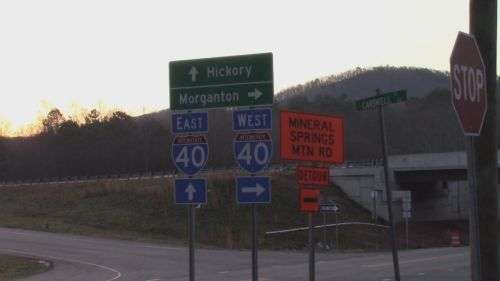 According to published reports, construction on the new bridge at Interstate 40, Exit 112 in Burke County should be finished soon. Exit 112 connects drivers to Mineral Springs Mountain Road. The North Carolina Department of Transportation says that how fast it is finished depends on the weather. The project, which, according to the North Carolina Department of Transportation, cost $12.4 million, started in the summer of 2018.

According to one of the reports, structural work on the bridge replacement has been completed, however contractors continued to work on grading and drainage along Mineral Springs Mountain Road. The contractor will fix asphalt deficiencies on Interstate 40 and then place a final surface when weather allows. 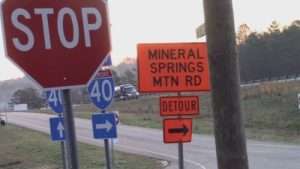 Work has included the replacement of both bridges, as well as the construction of retaining walls along Mineral Springs Mountain Road, construction of both the westbound and eastbound exit ramps and the widening of shoulders under the new bridges.

This was one of many NCDOT projects temporarily stopped due to the COVID-19 pandemic, which reportedly depleted the department’s cash reserve. The pandemic also resulted in close to half of NCDOT’s temporary workers losing their jobs and forced full-time employees to be furloughed. According to the NCDOT website, the project was initially scheduled to be completed in 2021.

Claremont Woman Jailed on Multiple Counts of Failure to Appear