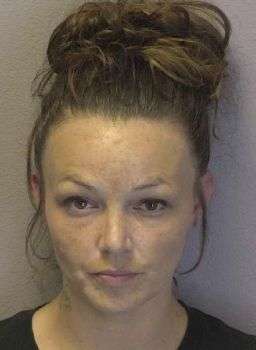 35-year-old Kingsley Michelle Perkins of North McLin Creek Road in Conover was arrested by Hickory Police early shortly after noon yesterday (September 1) on two outstanding felony warrants and a misdemeanor warrant. She faces charges for possession with intent to manufacture, sell, or deliver methamphetamine, maintaining a vehicle, dwelling, or place for a controlled substance, and possession of drug paraphernalia. The warrants were issued on August 11 of this year.

Perkins was taken into custody without incident at a hotel on 13th Avenue Drive N.W. in Hickory. She was placed in the Catawba Co. Detention Facility under a $24,000 secured bond. She has since been released. An appearance in District Court was scheduled today in Newton.

On Sunday (July 26) at approximately 2:30 a.m., Statesville Police Patrol Officers responded to a…