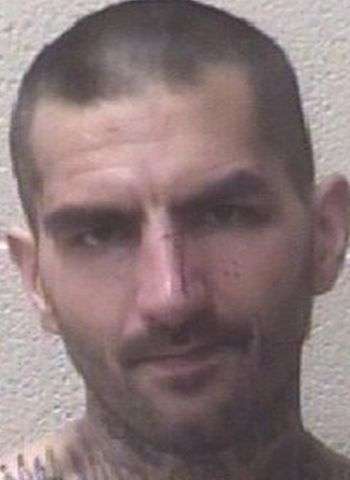 31-year-old Brian Blake Blackburn, Jr. of Conover was arrested by authorities in Alexander County. He’s charged with felony possession of schedule I controlled substance (fentanyl) along with misdemeanor counts of possession of drug paraphernalia, and resisting a public officer. Blackburn is also charged with multiple traffic offenses including giving fictitious information to an officer, driving while license revoked, expired registration card or tag and expired or no inspection.

The North Carolina State Highway Patrol requested assistance from the Sheriff’s Office to assist following a traffic stop Saturday evening (April 23) in eastern Alexander County. Blackburn was suspected to be in possession of drugs after he fled the traffic stop on foot. Deputies, along with Alexander County K9 Officer Baine assisted in the search.

Blackburn was taken to the Alexander County Detention Center following his arrest where he was placed under a secured bond of $12,000. He remained in jail as of earlier today (April 27). He’s scheduled to appear in District Court May 16 in Taylorsville.