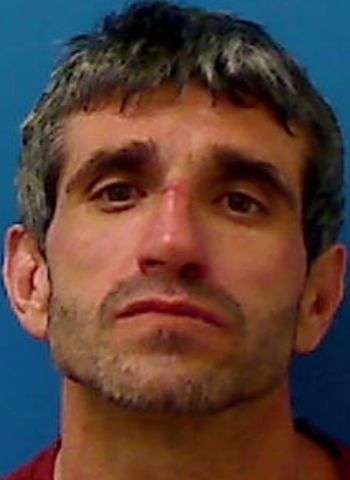 39-year-old Keith Allen Willis, Jr. of Canterbury Drive in Conover was arrested Sunday (November 8) by Catawba County Sheriff’s Officers. He’s charged with three counts of larceny of a motor vehicle, along with single counts of robbery with a dangerous weapon, possession of stolen goods, flee to elude arrest with a motor vehicle, reckless driving to endanger, and driving while license revoked. One of the vehicle theft charges was filed by the Hickory Police Department.

The first of these incidents occurred in the City of Hickory Friday afternoon. A person, who has since been identified as Willis, allegedly stole a truck from a business in Northeast Hickory. Willis then reportedly traveled in that vehicle to a gas station in the town of Catawba. There Willis allegedly attempted to steal another vehicle from a man in the parking lot. That man fought with the suspect who fled on foot prior to law enforcement arrival. Willis’ identity was not known at that time.

Sunday morning at approximately 10:15, a woman was approached by the suspect in the parking lot of a gas station located near Oxford School Road and Interstate 40. The suspect, who was reportedly armed with a knife, allegedly stole the woman’s vehicle and then fled in that vehicle.

Sheriff’s Investigators, following leads from the two gas station robberies, developed Willis as a suspect and were in the process of seeking warrants for his arrest when he was spotted traveling on Springs Road in the vehicle stolen Sunday morning. Deputies chased Willis who fled into Alexander County before being apprehended after he crashed his vehicle. He was not injured.

Willis was incarcerated in the Catawba County Detention Facility under $157,500 bond. A District Court appearance was scheduled today (November 9).

94 new cases of COVID-19 were reported Thursday (October 29) in Catawba County, increasing the…