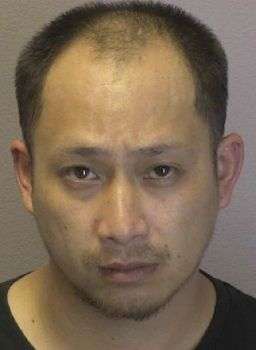 30-year-old Pang Yee Vue of Conover Boulevard East in Conover was arrested by Hickory Police early this morning (September 9) for failure to appear. Vue reportedly failed to appear in court on two felony probation violations and one count of possession with intent to sell or deliver marijuana. The warrants for his arrest were issued on July 23 of this year. Officers served the warrants during a traffic stop on Interstate 40 near Fairgrove Church Road S.E.

Vue was taken into custody without incident at about 2:40 a.m. today and jailed in the Catawba Co. Detention Facility under a $75,000 secured bond. An appearance in Superior Court was scheduled for September 14 in Newton.

50-year-old Randy Eugene Chapman, who is listed as a homeless person from Hickory, was arrested…