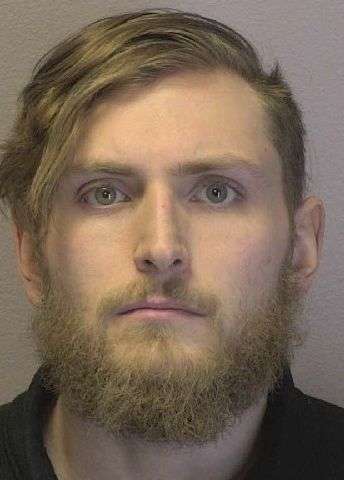 23-year-old Aaron Matthew Quackenboss of 15th Street N.W. in Conover was arrested by Hickory Police at about 12:45 Wednesday afternoon (February 3) on one felony count of possession of marijuana, along with misdemeanor counts of possession of a schedule II controlled substance and possession of drug paraphernalia.

He was arrested as Hickory Police conducted a traffic stop at an auto dealership on Highway 70 S.E. in Hickory. During the stop, Officers found 62 grams of marijuana, 3.5 dosage units of acetaminophen hydrocodone bitartrate, and drug paraphernalia.

Quackenboss was taken into custody without incident. He was placed in the Catawba Co. Detention Facility under a $4,000 secured bond. He has since been released. A first appearance in District Court was scheduled yesterday (February 4) in Newton. Quackenboss’ next court date is coming up on February 25.