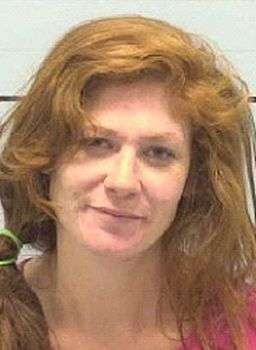 30-year-old Nicole Renee Evans of Oak Ridge Church Road in Connelly Springs has been arrested by Burke County Sheriff’s Officers. She was charged with felony possession of a schedule II controlled substance (methamphetamine).

According to information released by the Sheriff’s Office today (August 14), on August 4, a Deputy saw a motorcycle traveling on Burke Street with a female who was not wearing a helmet. As the Deputy initiated a traffic stop, he noticed a small bag that was tossed to the ground. A field test of the substance in the bag was positive for meth.

Nicole Renee Evans was arrested and placed in the Burke County Jail under a $3,000 secured bond. She’ll appear in District Court on August 27.