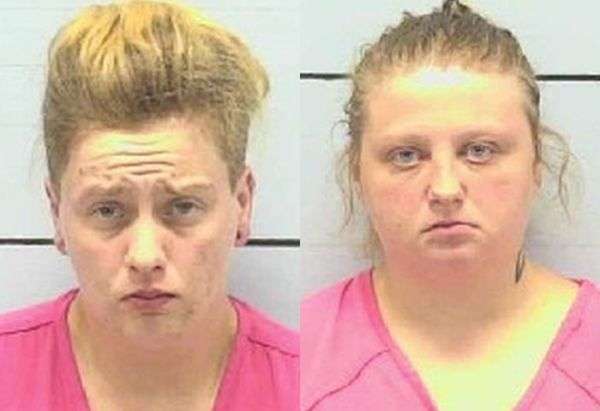 Friday, shortly before 1 p.m., the Department of Social Services, Child Protective Services (CPS) received an anonymous complaint in reference to the alleged felonious abuse of children. According to the allegations, Natalie Childress intentionally struck children in her care and control with a pair of metal knuckles, inflicting serious physical injury.

CPS investigator(s) attempted to make contact with the mother of the children, Jessica Sanders, at the residence, in order to conduct an immediate assessment of the alleged abuse. According to the Burke County Sheriff’s Office, Sanders indicated to CPS Investigators that the children were not on the premises. After CPS requested assistance from the Sheriff’s Office, deputies found the children hiding at the scene.

As a result of the children’s injures, deputies requested EMS and the Burke County Criminal Investigation’s Division. The children were transported to UNC Health Valdese and then to a Children’s Hospital Abuse & Trauma Center. Following interviews, Childress and Sanders were arrested and charged. They were each placed in jail in Morganton under $250,000 secured bond apiece. They remained in jail as of earlier today (June 13). District Court appearances were scheduled today.

A shooting in Hickory in which multiple people were injured is under investigation. On Thursday…