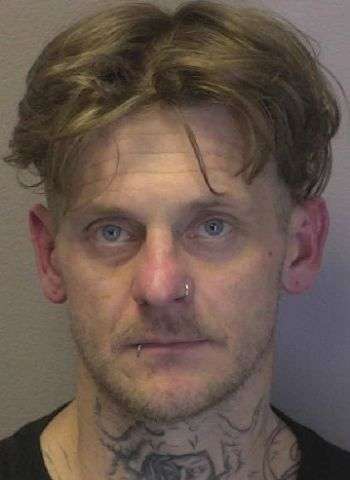 37-year-old Joshua Aaron Crosby of Childers Nursery Circle in Connelly Springs was arrested by Hickory Police at about 1:40 Saturday afternoon (July 9) on an outstanding felony warrant. Crosby was wanted by authorities in Burke County for multiple out-of-county felony probation violations. The warrant for his arrest was issued on June 13.

Crosby was taken into custody without incident at a grocery store on Highway 70 S.W. in Hickory. He was initially placed in the Catawba County Detention Facility and has since been jailed in Burke County with bond set at $50,000, secured. An appearance in Superior Court was scheduled for August 15 in Morganton.