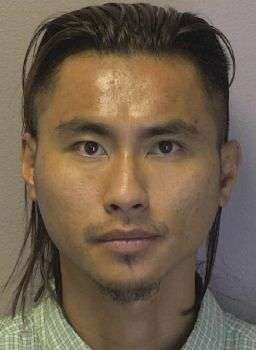 32-year-old Shuelong Vang of Old Blue Ridge Lane in Connelly Springs was arrested by Hickory Police at about 10:30 Friday morning for a felony probation violation, along with felony and misdemeanor counts of failure to appear. At least some of the charges are out of Burke County. Vang is on probation as he serves a 30-month suspended sentence following a June 2019 conviction in Catawba County for felony carrying a concealed weapon and misdemeanor larceny.

Vang was taken into custody without incident at the I-40 / Highway 321 interchange in Hickory. He was initially taken to the Catawba Co. Detention Facility and is now in jail in Burke County under a $111,000 secured bond. A District Court appearance for second-degree trespassing is coming up on August 27 with a Superior Court date for felony possession of a firearm by a felon and an out-of-county probation violation set for September 21, both in Morganton.