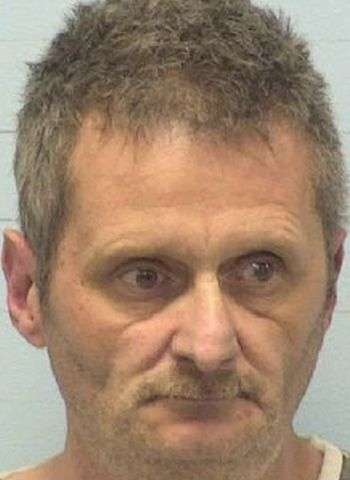 50-year-old Allen Lee Henson of Laurel Creek Street in Connelly Springs was arrested Friday (April 23) by Burke County Sheriff’s Officers. He’s charged with felony counts of trafficking in methamphetamine and maintaining a vehicle, dwelling, or place for controlled substance along with a misdemeanor count of possession of drug paraphernalia.

In February 2021, the Burke County Sheriff’s Office began an investigation at an address on Laurel Creek Street in Connelly Springs in reference to suspected methamphetamine possession and distribution. During the investigation, it was determined by authorities that Allen Lee Henson was selling meth from the residence.Last Friday, detectives served a search warrant at the residence and seized more than a pound of meth along with drug paraphernalia and stolen property.

Henson was placed under arrest and transported to the Magistrate’s Office and charged. He received a $100,000 secured bond and was held at the Burke County Jail before posting bond within two hours of the arrest. He was scheduled to appear in District Court Monday (April 26). Henson’s next District Court date is scheduled for May 14.

A woman being sought by authorities has been found. Alexander County Sheriffs Office investigators were…