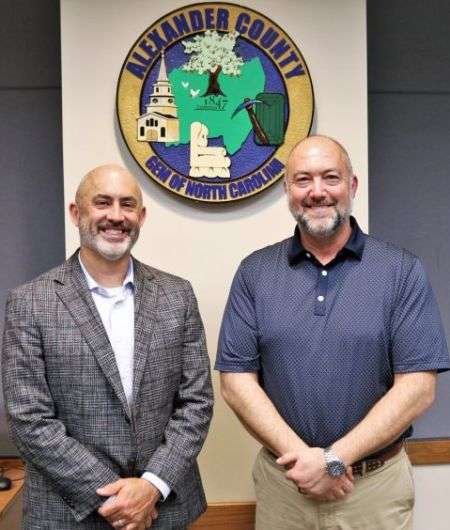 Judge Dale Graham administered the oath of office to the four commissioners, as well as four new board of education members, Robert Arguelles, Joshua Dagenhart, Anthony McLain, and Matthew Reese.

At the meeting, the board unanimously elected Marty Pennell as chairman and Josh Lail as vice chairman of the board, effective January 2023.

In other business at Monday’s meeting, newly elected Sheriff Chad Pennell briefly outlined his plans for placing a School Resource Officer (SRO) at six elementary schools. In November, Dr. Jennifer Hefner, Superintendent of Alexander County Schools, reported that the school system received the Center for Safer Schools School Safety Grant in the amount of $308,000 for SROs. At that time, Sheriff Chris Bowman said the sheriff’s office would need to hire six new employees to fill the SRO roles for a total of $900,000, of which the county would pay $636,000 for the first year.

Sheriff Pennell said he wants to lessen the burden on the county by reclassifying three current officers to become SROs, and only hiring three new officers. He estimates the first-year cost to the county would be approximately $104,876.75 for employee benefits and equipment.

Commissioners scheduled a special meeting for Monday, December 12 at 6:00 p.m. to further discuss and take action on the SRO proposal.