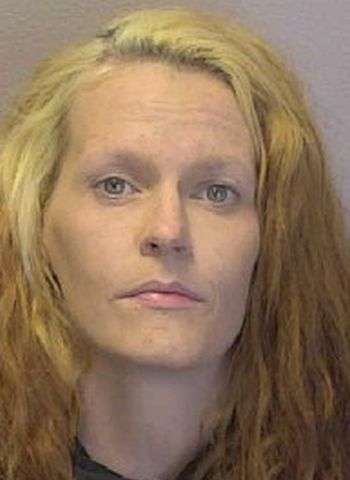 30-year-old Katie Danielle Buckner of Shook Road in Claremont was arrested by Hickory Police last Tuesday night (November 23) for felony larceny of motor vehicle parts She was arrested with 32-year-old Stephen Wayne Bryden of Taylorsville, who faces the same charge. His arrest was reported by WHKY on November 24. They’re accused of stealing a catalytic converter.

Buckner was taken into custody without incident at 11:45 p.m. Tuesday at a hotel on 13th Avenue Drive N.W. in Hickory. She was processed at the Hickory Police Department and later released under a $12,000 unsecured bond. An appearance in District Court was scheduled last Wednesday (November 24) with another court date scheduled today (November 29), both in Newton.