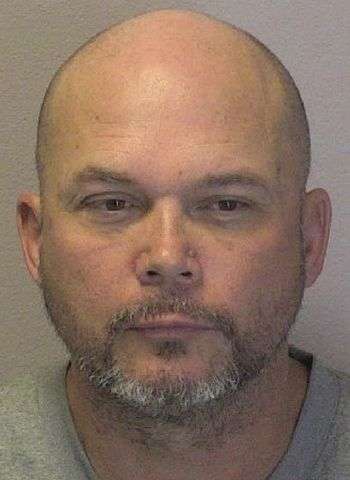 46-year-old Tony Ray Shatley of Herman Road in Claremont was arrested by Hickory Police last Thursday (July 15) on a number of outstanding felony and misdemeanor warrants. He was also charged with two counts of fleeing to elude arrest with a motor vehicle and one count of injury to personal property. He also faces failure to appear charges for a misdemeanor probation violation, felony larceny (two counts), misdemeanor larceny, possession of stolen goods, and obtaining property by false pretenses. In addition, Shatley reportedly failed to appear in court as an habitual felon.

Shatley was taken into custody just before 5 a.m. Thursday at the intersection of Malcolm Boulevard and Highway 70 in Valdese after allegedly attempting to flee from Officers in a motor vehicle. He was jailed in the Catawba County Detention Facility with bond set at $39,500, secured. A first appearance in District Court was scheduled for July 16. Additional District Court dates are coming up on July 19 in Morganton, and on August 3 and September 21 in Newton, with a Superior Court date scheduled for July 20, also in Newton.

Suspect In Robbery At Morganton Quality Inn Apprehended In GA

34-year-old Cordarrel Chris Anderson of Zephyrhills, Florida, is charged by the Morganton Department of Public…