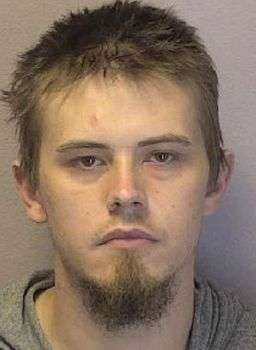 26-year-old Ian Maurice McMahon of Bethany Church Road in Claremont was arrested by Hickory Police at 9:35 Friday night (August 28) on one felony count of altering, destroying, or stealing evidence of criminal conduct and one misdemeanor count of simple possession of a schedule III controlled substance. A second suspect, a 24-year-old Hickory man, was initially charged with felony possession of a stolen motor vehicle, but that charge was dropped. The second suspect was served an outstanding warrant for misdemeanor unauthorized use of a motor vehicle.

The arrests came as Police located a suspicious vehicle on the 100 block of 13th Street S.E. Officers found one dosage unit of crushed Subutex in foil. During the incident, McMahon reportedly attempted to conceal the evidence after Officers removed it from his person.