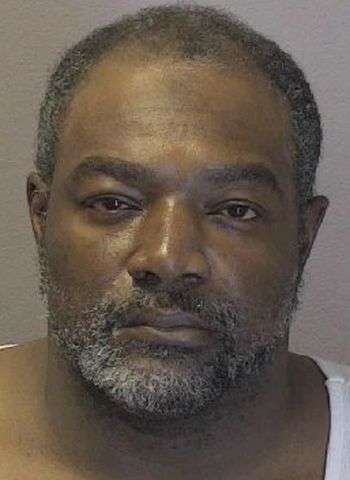 40-year-old Shan Laprie Hopper of Charlie Little Road in Claremont was arrested by Hickory Police early Tuesday morning (November 16) for felony possession of a firearm by a convicted felon and misdemeanor possession of drug paraphernalia. He was also charged with failure to appear on charges of driving while license revoked (three counts), failure to wear a seatbelt, and fictitious, concealed, revoked, or altered registration card or tag.

Hopper was taken into custody without incident at about 1:35 a.m. Tuesday at a convenience store and gas station on Highway 70 S.W. in Hickory. The suspect was jailed in the Catawba County Detention Facility with bond set at $3,500, secured, on the firearms charge, plus a $1,000 bond on the failure to appear charges. He remained in jail as of this afternoon (November 17). An appearance in District Court was scheduled today in Newton with another court date on the failure to appear charges coming up on January 25.

A skunk found in Caldwell County's Grace Chapel area has tested positive for rabies. The…