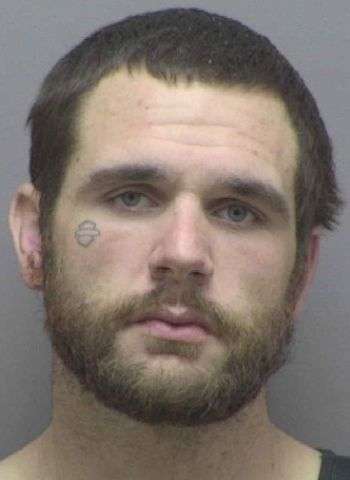 Davis was arrested in connection to a residential break-in that occurred yesterday on the 3300 block of Long Shoals Road in Lincolnton. Deputies were dispatched to the scene after a relative who lives nearby reported that the front door and basement door to the unoccupied home were standing open. A check of the residence showed that rooms had been ransacked and as many as six firearms were stolen. A 1993 Chevrolet Suburban was also stolen from an outbuilding on the property.

A B.O.L.O. (Be On the Lookout) was sent out to neighboring law enforcement agencies within a 50-mile radius of Lincoln County. While still on the scene, Deputies were informed that Cherryville Police had the vehicle stopped in the Walmart parking lot on N.C. Highway 150. Officers had two people in custody.

The driver, DeBoyce Davis, was arrested and charged. The passenger was interviewed and released. The vehicle was returned to its owner.

Davis was placed in the Harven A. Crouse Detention Center under a $30,000 secured bond. An appearance in District Court was scheduled for November 10.