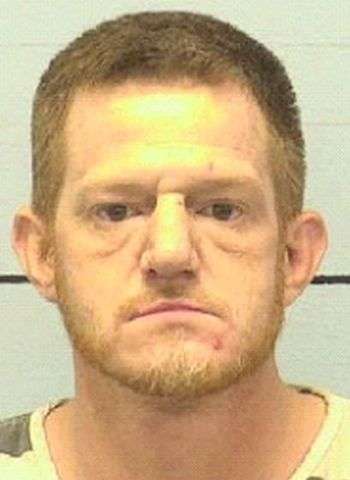 36-year-old John Allen Merrell, Jr. of Hawkins Drive in Morganton was arrested by authorities in Burke County earlier this month on felony counts of trafficking in methamphetamine, possession of a schedule II controlled substance, and possession with intent to manufacture, sell, or deliver meth.

On December 10, a Trooper with the North Carolina State Highway Patrol saw a Chevrolet S10 pickup truck occupied by two individuals on Antioch Road in Morganton. The Trooper attempted to stop the truck for a traffic violation. The driver failed to pull over and a chase ensued. The chase ended when the truck drove across an open field and into a wooded area on Green Haven Drive in Morganton.

Both subjects ran from the vehicle, but the Trooper was able to detain one of them. Burke County Narcotics Investigators were called to the scene to assist with the investigation. Investigators seized approximately 100 grams of methamphetamine and identified the subject as John Allen Merrell, Jr.

Merrell was taken into custody and placed in the Burke County Jail under a $25,000 secured bond. A District Court date was set for January 3. The investigation is ongoing.