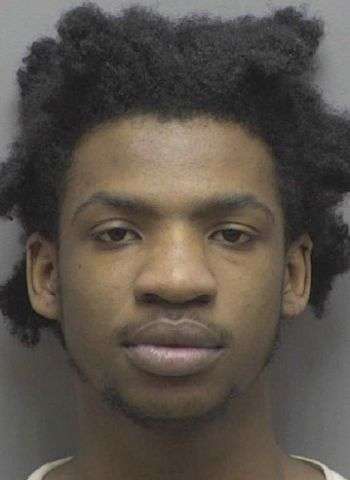 Events leading to Harvell’s arrest began on July 7 of this year when Deputies were dispatched to vehicle break-ins on Twin River Drive, Fallondale Court, and Riverwalk Loop in Denver. Most of the vehicles were unlocked. Items stolen included firearms, sporting equipment, electronic equipment, bank cards, credit cards, and various other items.

Investigators reviewed video at a Charlotte restaurant where credit cards stolen from the vehicles were used by several people. Four people, including two juveniles, were developed as suspects.

On July 10, Aaron Allmeen Raheem Harvell was arrested at the Concord Mall in Concord using credit cards stolen from different counties and driving a stolen vehicle from Gaston County. A female accomplice in the Denver break-ins was found and interviewed. She admitted her involvement and identified each person involved, including the two juveniles.

On December 16, Harvell was transferred from Cabarrus County to Lincoln County on the Lincoln County charges. He was jailed in the Harven A. Crouse Detention Center under a $121,000 secured bond with a no-bond hold for Gaston County. His next District Court date in Lincolnton was set for January 23.

The female accomplice, 18-year-old Kayla Meeks of Charlotte, and the two juveniles are facing many of the same charges. The juvenile cases have been turned over to the North Carolina Juvenile Justice Office. The investigation is ongoing with additional charges possible.