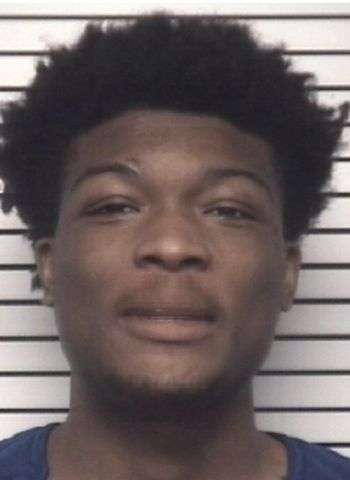 20-year-old Cameron Alfonzo Bacon of Deer Green Lane in Charlotte has been arrested by Iredell County Sheriff’s Officers on felony counts of possession of a firearm by a convicted felon, trafficking in heroin, possession with intent to sell or deliver heroin, possession of fentanyl, possession with intent to sell or deliver marijuana, and introducing contraband into a jail. In addition, he was charged with misdemeanor counts of possession of marijuana paraphernalia, possession of drug paraphernalia, and carrying a concealed gun. A second suspect, an 18-year-old female from Charlotte, was also arrested and charged with misdemeanor carrying a concealed gun, and a third suspect, a 20-year-old male from Charlotte, was issued a citation when he was found to be in possession of a misdemeanor amount of marijuana. He was issued a citation and released at the scene.

On New Year’s Eve, Iredell County Deputies were working a multi-agency checkpoint on Garner Bagnal Boulevard at the intersection of Cochran Street. A Honda Civic occupied by all three suspects approached the checkpoint. The vehicle was driven by the third suspect, who was operating the vehicle without a valid driver’s license.

As an Officer spoke with the driver, a Deputy approached the vehicle on the right rear passenger side and saw Cameron Bacon reach for a handgun lying on the floorboard. The Deputy ordered Bacon to put his hands above his head and took him into custody. 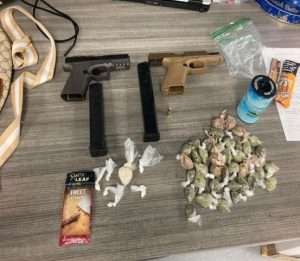 Bacon and the female were taken to the Iredell County Detention Center. Bacon was given a $497,500 secured bond, while bond for the female was set at $5,000, secured. Bacon will appear in District Court on January 24.

Bacon has a criminal history that includes four counts of felony breaking & entering and a felony probation violation.