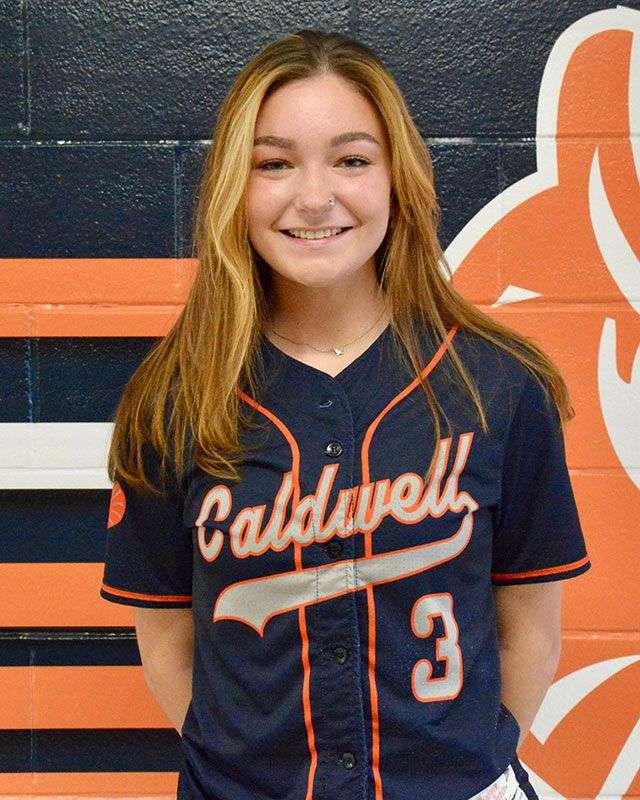 Lauren Anderson both pitched and played third base at times this season for the Cobras.
photo courtesy of Caldwell Community College Athletic and Technical Institute Athletics

Lauren Anderson has been named to the National Fastpitch Coaches Association (NFCA) All-Region East Team for NJCAA Division II Softball. Anderson (West Wilkes HS/Wilkesboro, NC) split time pitching and playing third base for the Caldwell Cobras. She was 11-4 in the circle with one save and a 1.86 ERA (25th best in the nation). She also struck out 82 batters. At the plate, she hit .345 on the season with eight homeruns and 27 RBI.

Established in 1983, the National Fastpitch Coaches Association (NFCA) is the professional growth organization for fastpitch softball coaches from all competitive levels of play. Growing from 40 members in 1983 to over 5,500 today, the NFCA boasts members from all 50 states and several international countries.