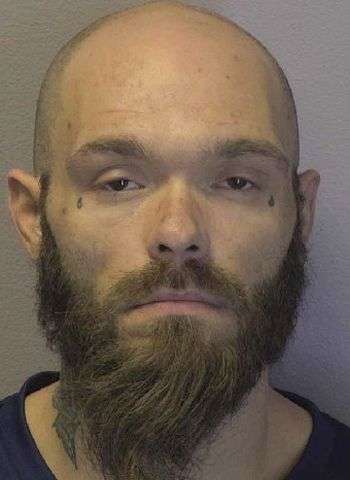 33-year-old Joshua Lynn Whitmire of Highway 70 East in Catawba was arrested by Hickory Police last Friday night (October 15) on multiple felony and misdemeanor counts of failure to appear. He reportedly failed to appear in court on two felony counts of possession of methamphetamine and he twice failed to appear on a felony count of possession of a firearm by a felon and two felony probation violations. Whitmire also failed to appear in court as an habitual felon. He reportedly failed to appear on misdemeanor counts of possession of marijuana between half-an-ounce & an ounce-and-a-half, possession of drug paraphernalia (two counts), driving while license revoked (three counts), driving or allowing a motor vehicle to be driven with no registration card, operating a vehicle with no insurance (two counts), failure to wear a seatbelt, and using a red or blue light. Whitmire is on probation as he serves a suspended sentence following an April 2019 conviction in Catawba County for felony possession of a firearm by a felon. In December 2019, he was also convicted of driving while license revoked.

Whitmire was taken into custody without incident at 9:40 p.m. Friday at a big-box store on Highway 70 S.E. in Hickory. He was jailed in the Catawba County Detention Facility with bond set at $167,000, secured. A first appearance in District Court was scheduled Monday (October 18) in Newton. Superior Court dates are coming up on November 18 and December 6.