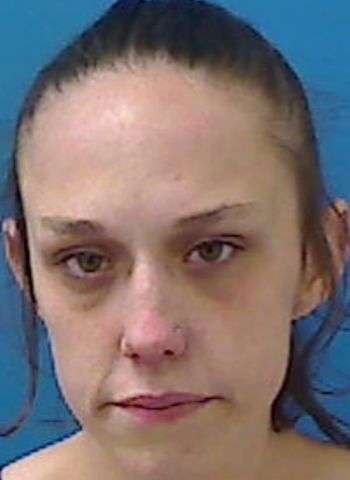 32-year-old Jessica Dawn Flynn of Catawba, was given an active prison sentence following her conviction for felony death by vehicle and driving while impaired during a session of Catawba County Superior Court on Tuesday (June 1).

The Honorable Gregory R. Hayes, Superior Court Judge from Catawba County, imposed a prison term of five to seven years for Flynn after she entered a guilty plea in connection with the June 21, 2019, death of 25-year-old Randy Kyle Holmes of Catawba.

The case was called for trial on Tuesday, but the defendant opted to plead instead. She entered a plea without a formal offer and was given the highest sentence permissible under structured sentencing guidelines by the judge.

Investigation showed that on the day of the fatal crash Flynn’s vehicle came out of a curve while traveling along Lowrance Road in eastern Catawba County, crossed the center line and struck a motorcycle ridden by Holmes in his lane. The impact of the crash ejected him from the bike and over the side of the vehicle. The motorcycle split from the ferocity of the crash.

Holmes died at the scene from blunt force injuries sustained in the crash. Flynn suffered minor injuries and was released to law enforcement after being checked by emergency medical services personnel. Her one-year-old daughter and seven-year-old niece were in the vehicle at the time of the crash but were not hurt.

Troopers suspected impairment and conducted field sobriety tests, including a drug evaluation. Flynn admitted that she had taken numerous controlled substances and smoked marijuana about an hour prior to the crash. A toxicology screen was conducted and showed the presence of marijuana, Alprazolam, Oxycodone and Diazepam in Flynn’s system.

During the emotional plea hearing, Holmes’ father Randy and mother Debra both spoke of their only son and the impact his death had on them. Randy Holmes noted that his son “was as good on his first day as he was on his last” and told the judge that if he could touch him, he would feel his pain and nothing else would need to be said. Flynn offered an apology to the Holmes family for altering their lives with her actions on the day of the fatal crash.

The case was investigated by Trooper Kenny Evans of the North Carolina State Highway Patrol. Assistant District Attorney Melanie Earles prosecuted the matter for the State.

57-year-old Randy Michael Rooney, who is listed as a homeless person from Hickory, was arrested…

Hydrants To Be Flushed This Weekend In Morganton