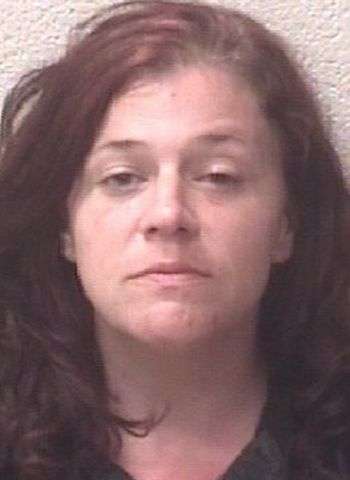 36-year-old Emily Elizabeth King of Catawba County was arrested Wednesday (September 7) by authorities in Alexander County. She’s charged with two felony counts of flee to elude arrest with a motor vehicle, along with single felony counts of possession of a stolen motor vehicle, assault on a law enforcement officer with serious injury and possession of a controlled substance on prison or jail premises.

King is also charged with two misdemeanor counts of resisting a public officer, along with counts of reckless driving to endanger, speeding, driving while license revoked, expired registration card or tag, and unsafe passing a yellow line.

A North Carolina Highway Patrol Trooper spotted a vehicle that had been reported as stolen from Catawba County just off Highway 64-90 east of Taylorsville. The trooper pursued the car onto Millersville Road then north on Highway 16. Alexander County Sheriff’s Deputies and Taylorsville Police joined in the pursuit as the chase reached speeds estimated at 90 miles per hour as it neared the Taylorsville city limits.

Taylorsville Police deployed stop-sticks near the Family Care Center on Highway 16. With deflated tires, the driver of the vehicle came to a stop but refused to exit the car. A Taylorsville Police officer was struck by the car and suffered a foot injury. He was treated and released from a medical facility.