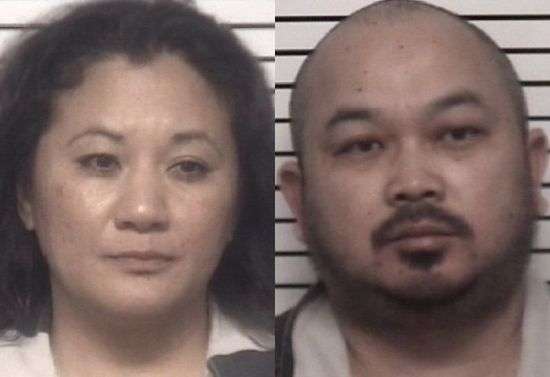 41-year-old Yeu Lo Yang and 41-year-old Kee Her, both of the same Dundee Court, Maiden address, were arrested Sunday (January 3) by Iredell County Sheriff’s Officers. They’re each charged with felony counts of possession of marijuana, possession with intent to sell and deliver marijuana, and maintain a dwelling or vehicle for the sale or use of a controlled substance. Yang was also charged with felony obtaining property by false pretense on an outstanding warrant from Guilford County.

On Sunday, deputies with the Iredell County Sheriff’s Office Interstate Criminal Enforcement (ICE) Team conducted a traffic stop on a California registered BMW for traffic violations on Interstate 40 Eastbound near the 161 Mile Marker. During the course of the traffic stop, deputies utilized a narcotics detection canine around the exterior of the vehicle. The odor of a narcotic was detected.

The deputies conducted a search of the vehicle and discovered six pounds of marijuana in individually vacuumed packages in the trunk of the BMW. Both occupants of the vehicle, Yang and Her were arrested at the scene. The suspects were transported to the Iredell County Detention Center.

Yang was issued a $45,000 secured bond, and Her received a $35,000 secured bond. They were not listed as inmates in Iredell County and no court dates were listed. Additional charges are possible.