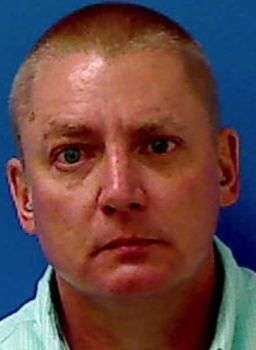 45-year-old Jeremy Jason Herron of Mauldin, S.C. has been served a felony warrant as fugitive awaiting extradition to another state. Herron was initially arrested by Hickory Police on August 12 on a number of felony drug charges involving heroin and methamphetamine and for possession of a stolen motor vehicle, as reported by WHKY on the same date. He was arrested at that time in connection to a camping trailer that was reportedly stolen from the Sunrise Camping Center in Hickory.

The fugitive warrant was served by Catawba Co. Sheriff’s Officers yesterday (September 3). Herron is wanted by Deputies in Greenville County, S.C. for third-degree burglary and larceny of items valued at $2,000 or less. At the time he was arrested in August, 29-year-old Victoria Michelle Trimnal of the same address in Mauldin was also arrested on a felony fugitive warrant from South Carolina.

Herron remains in the Catawba Co. Detention Facility where he is being held without bond. Trimnal is no longer listed as an inmate in Catawba County. Herron was scheduled to appear in District Court on the drug and stolen vehicle charges yesterday with a first appearance on the fugitive warrant scheduled today. Another court date for possession of heroin was set for November 4.