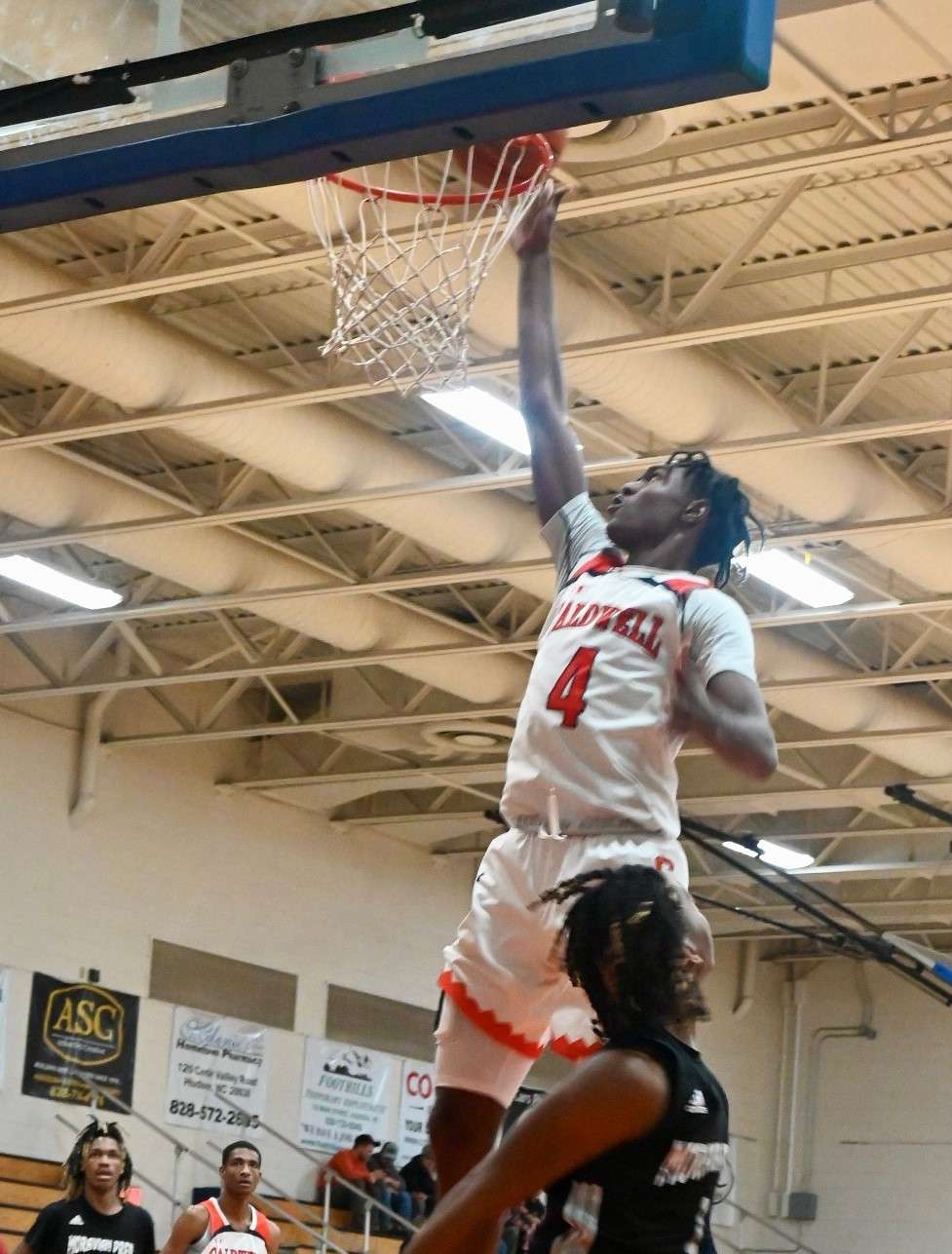 The Caldwell Cobras men’s basketball team used a 15-0 scoring run midway through the second half to pull away from the Moravian Prep Lions, winning 88-59 in Hudson on Tuesday afternoon.

Caldwell led by ten points at the half, 40-30. However, the Lions outscored the Cobras 9-2 in less than four minutes into the second half, making the score 42-39, Caldwell. Pharrell Boyogueno started the 15-0 Cobra run with a basket with 15:30 left in the game to make the score 44-39. Marcus Metcalf followed with a three-pointer and Justin Hodges’s lay-up with 13:08 remaining gave Caldwell a 51-39 lead. The Cobras then connected on back-to-back three-point plays by Boyogueno and Ja’Mais Wertz, making the score 57-39 at the 11:50 mark of the second half.

Jalen Miller paced the Cobras in the first half, scoring 11 of his 16 points in the opening frame.

The victory for Caldwell was their ninth straight as they run their record to 9-1. After two days off, the Cobras will travel to the Tarlton Complex on the campus of Catawba Valley Community College for their next two games: Friday at 4PM vs. Hosanna College and Saturday at 1PM against Central Carolina Community College. The Cobras final game before the Christmas break will be on Sunday at 1PM vs. Patrick & Henry at home.