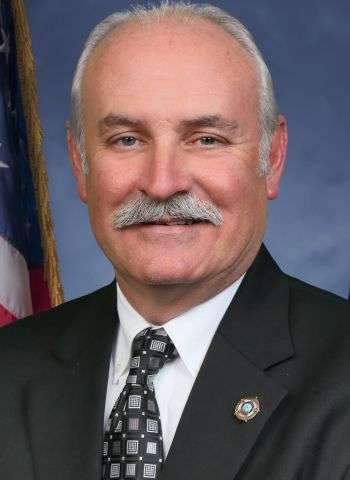 Caldwell County Sheriff Alan Jones was elected chairman of the North Carolina Sheriffs’ Education and Training Standards Commission. Sheriff Jones has served on the Commission since 2012. He was elected by his fellow commissioners to fill the position of chairman being vacated by Sheriff Alan Cloninger of Gaston County who recently retired.

The Commission, which was created in 1983, is made up of 17 members appointed to staggered terms. Members are responsible for making decisions related to administrative rules that govern the certification program for all justice officers in sheriffs’ offices. Justice officers include deputy sheriffs, detention officers and telecommunicators.

The Commission is also responsible for determining whether new or current justice officers should be allowed to receive or keep their law enforcement officer certifications.