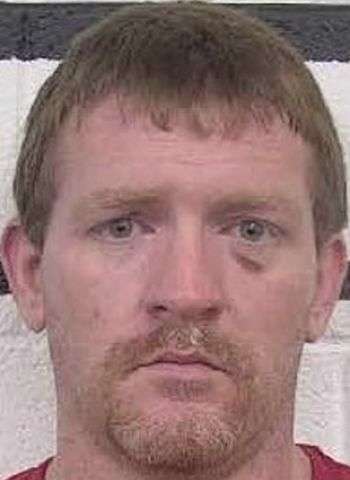 36-year-old Bryan Keith Jackson, Jr. of Granite Falls was sentenced to an active prison term of ten to 18 years following his conviction for felony solicit first-degree sexual offense, indecent liberties with a child and felony solicit child by computer. Jackson entered a guilty plea to those charges during Caldwell County Superior Court on Monday (January 10).

The Honorable Robert C. Ervin, Superior Court Judge from Burke County, imposed the period of incarceration for the defendant. A permanent no contact order was issued for a pair of female victims in the cases. Jackson was already a registered sex offender based on a 2007 conviction involving a minor female.

In September 2020, the defendant inappropriately touched one of the female victims and made other sexual advances toward her. She disclosed the conduct in February 2021 after being made aware of good touching and bad touching from a school training that another child shared with her.

The child’s mother noticed a drastic shift in the child’s behavior during that time, and investigators were able to put together a timeframe for the offenses based on events disclosed in a forensic interview conducted by the Robin’s Nest Children’s Advocacy Center.

The mother of the second female victim contacted law enforcement after discovering Jackson to be inappropriately involved with the child. A search of the minor child’s cell phone revealed inappropriate text messages from the defendant. During a forensic interview by the Robin’s Nest, the female victim indicated that she did not give in to his suggestive texts.

Acting on search warrants for Jackson’s apartment and cell phone, investigators found incriminating messages sent to the victim. His internet history also contained searches for nude photos of teens and children, though child pornography was not found on his device.