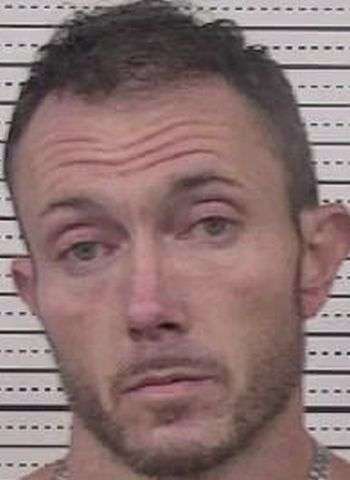 39-year-old Timothy Wayne Bolick of Cheraw Road in Lenoir was arrested Thursday (September 8) by Caldwell County Sheriff’s Officers. He’s charged with two felony counts apiece of possession of a stolen motor vehicle and possession of a firearm by a felon, and one felony count of trafficking in methamphetamine. Bolick is also charged with two misdemeanor counts apiece of resisting a public official and assault on a government official along with a single misdemeanor count of altering a stolen motor vehicle.

Last Thursday, Investigators with the Caldwell County Sheriff’s Office were investigating motor vehicle thefts at an address on Yellow Belle Place in Collettsville. When police arrived, a man later identified as Timothy Wayne Bolick, fled into the residence from the driveway. Investigators found a Cherry Red 2019 Chevrolet Colorado and what appeared to be a Blue Yamaha motorcycle. Investigators determined that the Colorado was reported stolen from Hickory on August 20, 2022. It was also determined that the motorcycle was reported stolen in Wilkes County on August 18.

During a search Bolick was found hiding in the house. Police also reportedly found 39 Grams of methamphetamine, a shotgun, a 9mm handgun, and the keys to both the stolen motorcycle and the Chevrolet Colorado. The meth recovered has street value of $5,970 according to North Carolina State Guidelines.

Bolick was placed in the Caldwell County Detention Center under $225,000 secured bond. He remained in jail as of earlier today (September 12). District Court appearances were scheduled today, September 29, and October 19.

Bolick has multiple pending court cases scheduled in Caldwell County unrelated to this case. The charges he faces include two counts apiece of trafficking meth and trafficking opiates. Bolick also faces a count of possession with intent to sell and deliver schedule II controlled substance, two counts of maintain a vehicle or dwelling for the use of controlled substance, possession of a firearm by a felon, possession of a stolen firearm and misdemeanor counts.