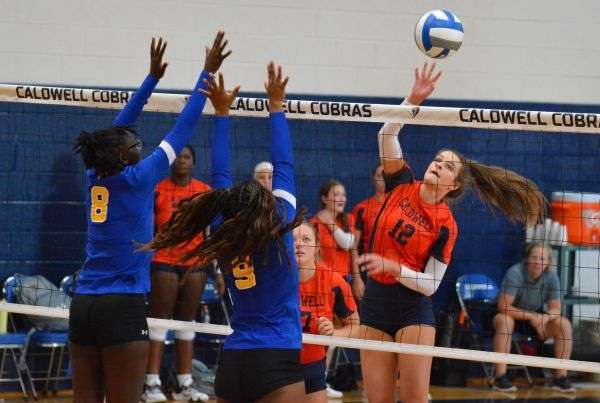 Catherine Pate led the team with 13 kills. Emma Grace Hiatt led the team in assists with 10. The attack percentage leaders were Catherine Pate with 0.267 and Carissa Potter with 0.222. Samantha Huffman had two aces and Sydney Ferguson was the dig leader with 11.

The season opening loss puts the Cobras at 0-1. Caldwell will go on the road for their next match, Thursday at Guilford Tech.